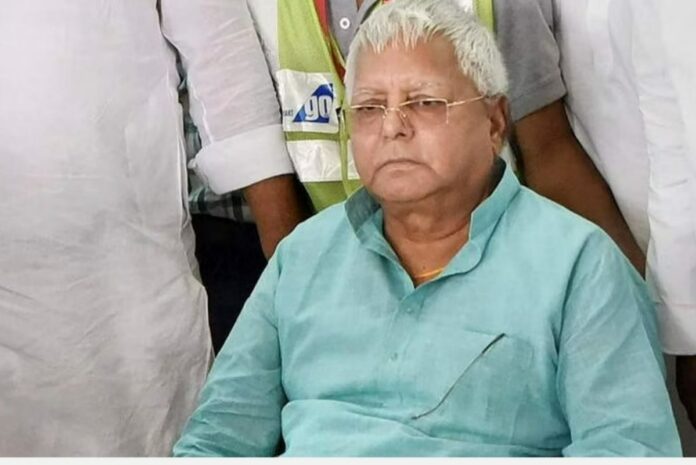 “We have to oust the dictatorial government. Hatana hai, Modi ko hatana hai,” RJD chief Lalu Prasad said on Wednesday when asked by reporters about the 2024 general elections, which the Modi-led central government is seeking to win for the third time. Lalu Prasad returned to Patna from Delhi on Wednesday and met Bihar Chief Minister Nitish Kumar for the first time since RJD returned to power in the state where Kumar formed a new Mahagathbandhan government after breaking the alliance with Bharatiya Janata Party.

Bihar Deputy Chief Minister Tejaswhi Yadav who is Lalu Prasad’s son took to Twitter shared pictures of the meeting between the two leaders.

Earlier, when Nitish Kumar broke the alliance with BJP, Lalu Yadav hailed Kumar for his decision to split from the NDA and reunite with the Mahagathbandhan to form the new government in the state.