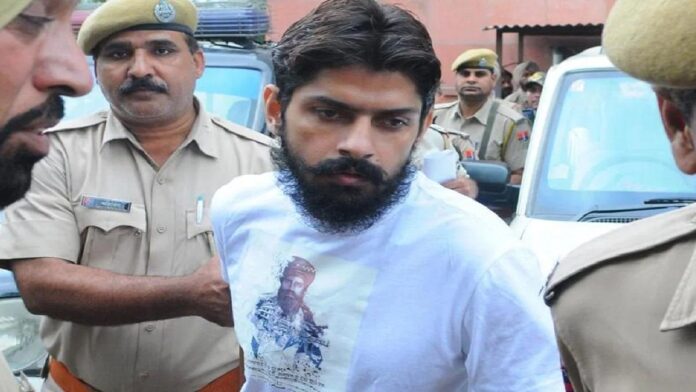 Moga (Punjab) [India]: The court of chief judicial magistrate Preeti Sukhija in Malout sent Lawrence Bishnoi to ten-day police remand in an attempt to murder case on Monday. Bishnoi is an accused in the Sidhu Moose Wala murder case.

Senior Superintendent of Police, Moga, Gulneet Singh Khurana, said that Bishnoi was brought for questioning in an attempt to murder case filed in December 2021 in which the police had arrested a sharpshooter from Bishnoi’s gang Monu Dagar.

“We have got gangster Lawrence Bishnoi 10 days’ police remand in an attempt to murder case of 2021. An accused arrested in this case had named him in the police interrogation.

He will be questioned in this case,” said Gulneet Singh Khurana, SSP, Moga.

Bishnoi was produced in court through video surveillance by Moga police.

On December 1, 2021, Dagar and Jodha from Amritsar arrived on a bike, armed with two Zigana eagle pistols and opened fire at Sunil Dhamija and his son Pratham Dhamija after mistaking Sunil for his brother Jatinder Neela.

An FIR was lodged under section 307 (attempt to murder) of the IPC, sections 54, 59, 25 (arms manufacture, sale, repair, etc) of the Arms Act and section 22 (contravention in relation to psychotropic substances) of the Narcotic Drugs and Psychotropic Substances (NDPS) Act at the Moga city police station.

Dagar, who belongs to Sonipat in Haryana, was a wanted criminal and also an accused in Moose Wala’s murder case.

Punjab police, earlier, claimed in their filed petition that Lawrence Bishnoi is a key conspirator of singer Sidhu Moose Wala.

Punjab Police further submitted that during the investigation of the Sidhu Moose Wala murder case, the confessional statements of the arrested accused were recorded wherein it was clearly pointed out that Lawrence Bishnoi had tasked the co-accused to carry out the planned killing of Sidhu Moose Wala.

Sidhu Moose Wala was shot dead by assailants in Jawaharke village of Punjab’s Mansa district on May 29. The incident took place a day after his security was withdrawn by the Punjab police among 424 others.

Notably, the singer had joined the Congress party last year in December ahead of the Assembly elections.