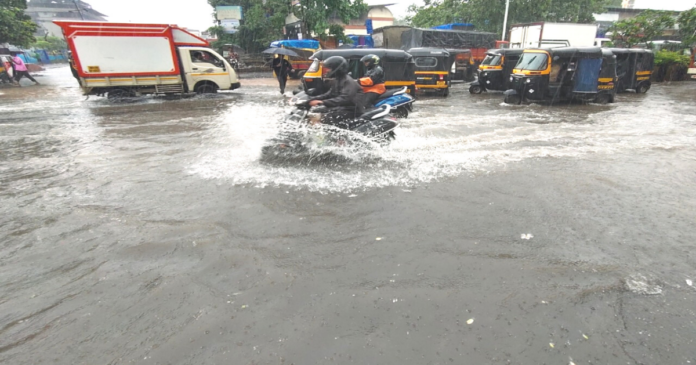 Mumbai (Maharashtra): The India Meteorological Department (IMD) on Friday issued a red alert in Mumbai from 1:00 pm today till the next 24 hours.

Several parts of Maharashtra have been witnessing heavy rainfall over the past few days
“Red alert in Mumbai from 1 pm today till next 24 hours. We request Mumbaikars to plan their travel and schedules likewise,” IMD said. “Fairly widespread/widespread rainfall and thunderstorm/lightning with isolated heavy rainfall are very likely over Odisha, Chhattisgarh, Madhya Pradesh, Maharashtra, Gujarat state, Kerala and Mahe, Coastal Andhra Pradesh and Yanam, Telangana and Karnataka during the next 5 days,” IMD further said.

The Mumbai Regional Meteorological Centre on Wednesday issued a heavy rainfall alert for the next five days for Mumbai, Thane and other parts of Maharashtra.

The capital city has been witnessing heavy rain since Monday following which areas are waterlogged and traffic movement has been affected.

US Plans Air And Maritime Transits In Taiwan Strait