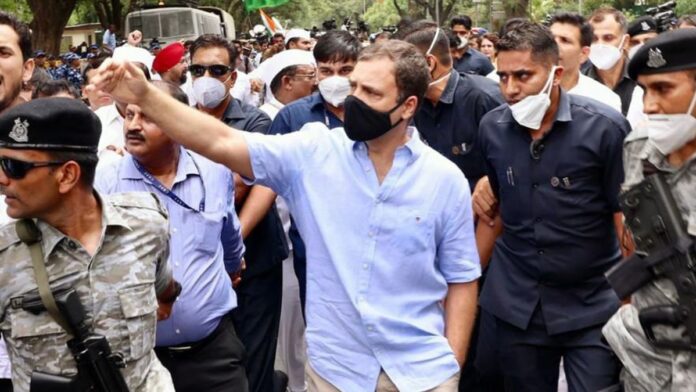 The Lok Sabha member from Wayanad in Kerala arrived at ED headquarters at around 11.15 am on Tuesday accompanied by his sister Priyanka Gandhi. Rahul Gandhi was questioned by the ED for over 27 hours for three straight days from June 13 to June 15 and was again summoned on June 20. On Monday he was questioned for around 14 hours.

US Agencies Identify ‘Person Of Interest’ In Illinois Mass Shooting

Pakistan’s Future Is Tied Up With Russia: Imran Khan

US: Suspect In July 4 Parade Mass Shooting Near Chicago Detained