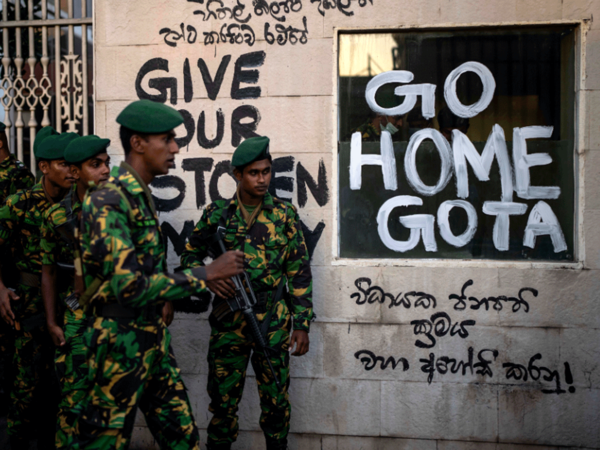 Colombo [Sri Lanka]: A nationwide curfew has been imposed until Thursday morning in Sri Lanka in the wake of intensifying protests against the government.

The notification was issued by Acting President Ranil Wickremesinghe on Wednesday. The curfew will remain in force till 5 am on July 14.

The notification said that no person shall be on any public road, railway, public park, public recreation ground or other public ground or the seashore in the schedule specified areas from midnight of July 13 to 5 am on July 14. Citizens can move under a written permit. Wickremesinghe signed the notification as Prime Minister.

Wickremesinghe on Wednesday declared an emergency and imposed a curfew in the western province of the country as protesters came prepared to face tear gas shelling by security forces deployed outside Wickremesinghe’s residence. Air patrolling also began around the PM’s residence.

As protests intensified in the Sri Lankan capital city of Colombo, protestors who had gathered outside Sri Lanka PM’s office took over his residence at Flower Road in Colombo. Security personnel resorted to tear-gas shelling to drive away protestors on the streets of Colombo.

Wickremesinghe has instructed armed forces and police to bring the current situation under control.