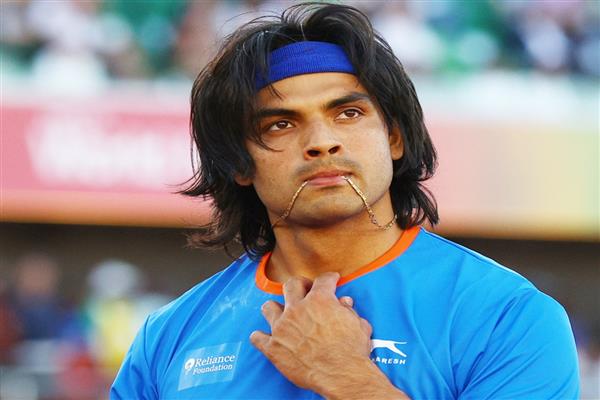 Oregon [US]: After being ruled out of the upcoming Commonwealth Games, star Indian javelin thrower Neeraj Chopra expressed disappointment about not being able to represent the country at the prestigious event at Birmingham.

Neeraj Chopra sustained a groin injury in the finals of the World Athletics Championships in Oregon on Sunday, where he clinched the silver medal, to end India’s 19-year-long wait for a medal at the world championships.

“I’m extremely disappointed to inform you all that I will not be able to represent the country at the Commonwealth Games in Birmingham. I had been feeling uncomfortable after the pull I felt in my groin during my fourth throw at the World Championships. On having it investigated medically yesterday by a group of doctors here in the US, a minor strain was discovered and I have been advised to undergo rehabilitation and give it rest for the next few weeks,” Neeraj Chopra said in a tweet.

“I have discussed this with my support team and the 10A, AFI and SAI’s CAIMS, and we’ve collectively decided that keeping my long-term goals in mind, it would be best for me to skip the CWG in order to avoid risking any further aggravation of the injury,” Neeraj Chopra added.

Neeraj Chopra had clinched the gold medal in the CWG 2018, which was held in Australia.

He further stated that he is deeply hurt by the fact that he will not be able to defend his title.

“Needless to say, I am hurt about not being able to defend my title and missing out on another opportunity to represent the nation. I am especially disappointed about losing out on the opportunity to be Team India’s flag bearer at the opening ceremony, an honour I was looking forward to having in a few days’ time,” stated Neeraj.

“For now, I will focus on my rehabilitation and hope to be back in action very soon. I would like to thank the entire country for all the love and support I’ve received over the past few days, and urge you all to join me in cheering on my fellow Team India athletes in Birmingham over the coming weeks,” he added.

The news of Chopra’s injury comes as a huge blow to India’s medal chances in javelin throw.

Neeraj Chopra has delivered a lot of outstanding performances since he won Gold in Tokyo Olympics 2020.

Neeraj recorded a distance of 88.13 metres in his fourth attempt in the men’s javelin throw final and secured the second position, in the finals of the World Athletics Championships.

Notably, On June 14, Neeraj Chopra set a new national record and finished with a silver medal with a throw of 89.30 metres at the Paavo Nurmi Games in Finland, bettering his own previous national record of 88.07 meters which he had set in Patiala in March last year.

This was Neeraj Chopra’s first outing in an International competition since his historic Gold medal-winning throw of 87.58 meters at the Tokyo Olympics on August 7, 2021.

On June 18, the Tokyo Olympic gold medallist gave another sterling performance as he clinched gold in the 2022 Kuortane Games in Finland.