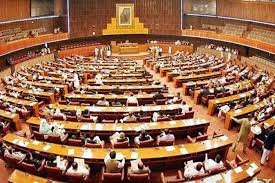 Islamabad [Pakistan]: Pakistan government’s negotiations with the proscribed outfit Tehreek-e-Taliban Pakistan (TTP) has created fear in the Upper House of its Parliament.

The parliamentarians on Thursday noted that lawmakers were unaware when the negotiations began and between whom were they taking place, reported The Frontier Post. They demanded clarity from the government over the matter. The outlawed TTP that overlooks the country’s national security briefed an important meeting a day earlier at the Prime Minister’s Office, with high-level political leadership in presence.

In Thursday’s session of the Upper House of the Parliament, Jamaat-e-Islami (JI) member Mushtaq Ahmed said a session on negotiation with the TTP took place at the PM’s Office yesterday in which representatives of some political parties were present but not everyone was invited.

“This session took decisions related to the talks with TTP. Therefore, there should be clarity and the house should be informed that which committee’s session was it?” Ahmed questioned.

The parliament member said that if the session was of the Parliamentary Committee on National Security (PCNS) then he is a member of it and he was not invited to the meeting.

“Was this a session of a parliamentary committee? If not, then where does the Parliament stand on this matter?” the JI senator wondered. Senator Ahmed added that the government has said that it will brief the Parliament on the negotiations. “What will be the use of it once the (state) finalises it themselves?”

Following the meeting, the PM’s Office said all negotiations with the TTP will be held as per the Constitution and Interior Minister Rana Sanaullah assured that an in-camera session of the Parliament will be called to take lawmakers into confidence regarding the decisions related to national security, reported The Frontier Post.

Rabbani said an in-camera session of the Parliament should be called to inform lawmakers about the terms and conditions of the negotiations with the TTP, reported The Frontier Post.
“I am surprised that we can speak to the TTP, but production orders for Ali Wazir, a member of the Parliament, could not be issued so far despite several requests,” Rabbani added.

In response, Azam Nazeer Tarar, who is the Law Minister and a member of the Pakistan Muslim League – Nawaz (PML-N) which is the biggest stakeholder in the government, said that Prime Minister Shehbaz Sharif has made it clear that negotiations will be in line with the Constitution.