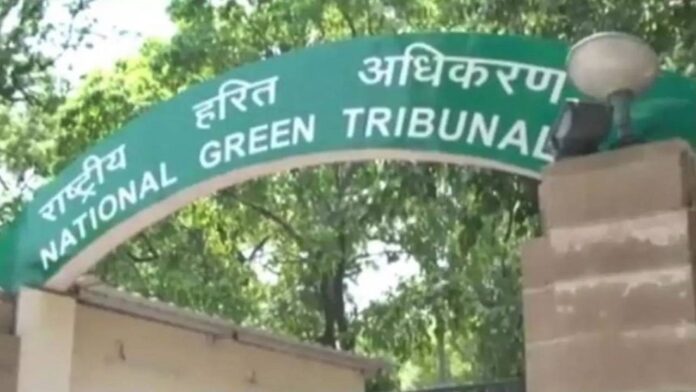 New Delhi [India]: The National Green Tribunal (NGT) has warned concerned authorities while hearing a complaint stating that condition of ground water in District Ghaziabad is very precarious and said this is a fit matter where stern action must be taken against them.

The bench headed by Justice Sudhir Aggarwal on Thursday noted that nor an action taken report has been filed by CGWA and UP Jal Nigam, nor the joint Committee constituted for submitting its report in respect of various hotels etc. in different Districts has submitted any report till date. “This is a very serious state of affair on the part of these statutory authorities who have been directed by this Tribunal to perform in a particular manner but they have defied the orders of this Tribunal and therefore, this is a fit matter where stern action must be taken against these authorities,” said the Tribunal.

“However, we are giving one more opportunity, failing which we will be compelled to issue warrants against the concerned authorities. Let Member Secretary, UPPCB, Member Secretary, CGWA and Chairman, UP Jal Nigam shall remain present on the next date to explain us as to why the order dated 25.02.2022 has not been complied with and requisite information has not been submitted,” the order said.

The Tribunal while deferring the matter for September 28, 2022 also said that since, UPPCB and CGWA are also part of the Committee, the officials representing the said bodies shall also explain us as to why the joint Committee report as required to be submitted as per direction has also not been submitted.