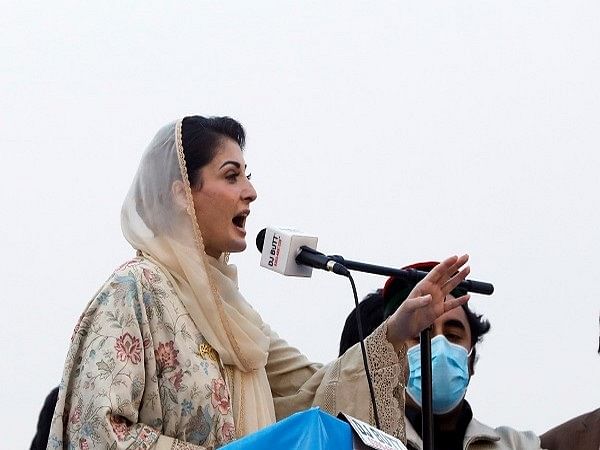 Islamabad [Pakistan]: Taking a dig at Imran Khan over his party’s victory in Punjab bypolls, Pakistan Muslim League-Nawaz (PML-N) Vice-President Maryam Nawaz has said Pakistan Tehreek-e-Insaf (PTI) has no need to get “overexcited”.

Maryam’s remarks came after the former Prime Minister addressed the nation on Monday and demanded Chief Election Commissioner (CEC) Sikander Sultan Raja’s resignation over his alleged favouring of the PML-N in electoral battles, including the by-elections in Punjab on Sunday, Dawn newspaper reported. Without naming anyone in her tweet, Maryam said criticism of the ECP was not due to rigging, which she said did not even take place. “It is the fear of the foreign funding case,” she said.

She went on to say that “there is irrefutable evidence against you which has to be revealed inevitably.” She asked the ECP to issue its verdict on the case soon.

“Losing 5 out of 20 seats of your own, no need to get too excited. Your attack on ECP is not a fraud that did not happen, but fear of foreign funding decisions. You know that there is irrefutable evidence against you which is inevitable to be exposed. ECP will give a decision soon,” PML-N Vice-President Maryam Nawaz tweeted in Urdu.

The case, which was filed by Akbar S Babar, has been pending since November 14, 2014. Babar, who was a founding member of the PTI but is no longer associated with it, had alleged serious financial irregularities in the party’s funding from Pakistan and abroad.
Following PTI’s remarkable win against PML-N in the Punjab elections, former Pakistan Prime Minister Nawaz Sharif blamed the “difficult decisions” taken by the government for the failure and said his party respects public opinion.

“We respect public opinion,” sources quoted the PML-N leader as saying. “PML-N should accept results with an open heart,” he said further.