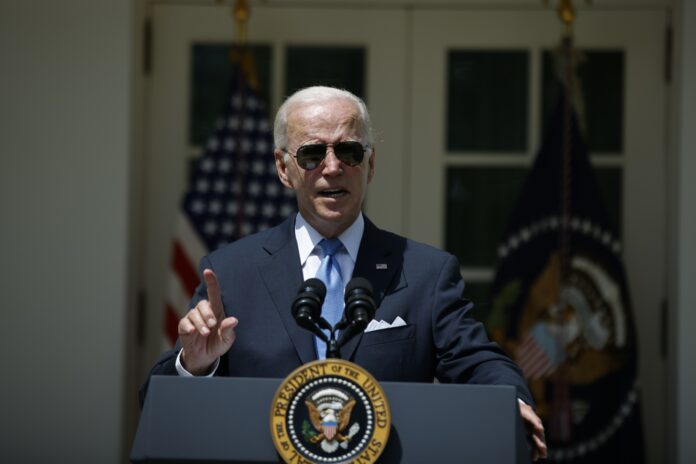 Washington [US]: US President Joe Biden said it is “no surprise” that the world’s largest economy is slowing down amid rising inflation in the country.

This statement comes after the US economy shrank for the second consecutive quarter.

“Coming off of last year’s historic economic growth – and regaining all the private sector jobs lost during the pandemic crisis – it’s no surprise that the economy is slowing down as the Federal Reserve acts to bring down inflation. But even as we face historic global challenges, we are on the right path and we will come through this transition stronger and more secure,” Biden said in a statement.

“But even as we face historic global challenges, we are on the right path and we will come through this transition stronger and more secure,” he added.

Putting a defence for the sliding US economy, Biden said, “Our job market remains historically strong, with unemployment at 3.6 per cent and more than 1 million jobs created in the second quarter alone. Consumer spending is continuing to grow.”

He further said that his economic plan is focused on bringing inflation down, without giving up all the economic gains his government has made.

US Gross Domestic Product contracted by 0.9 per cent in the second quarter of this year after a first-quarter drop of 1.6 per cent, the US Commerce Department said Thursday in a preliminary estimate that technically placed the economy in a possible recession.

“Real gross domestic product (GDP) decreased at an annual rate of 0.9 per cent in the second quarter of 2022,” the Bureau of Economic Analysis, a unit within the Commerce Department, said in a news release, announcing the so-called “advance estimate” on GDP.

The department issues three estimates altogether on GDP for each quarter. The advance estimate is the first and will be followed by two other estimates before the third quarter.

“The GDP estimate released today is based on source data that are incomplete or subject to further revision by the source agency. The ‘second’ estimate for the second quarter, based on more complete data, will be released on August 25, 2022,” the Bureau said.

The Hill newspaper reported that most economists expected US GDP to fall for the second consecutive quarter as the economy faced more pressure from high inflation, rising interest rates, slowing job growth, falling home sales and other headwinds.

The newspaper report said experts have become more fearful of the US slipping into recession after GDP fell at an annualized rate of 1.6 per cent in the first quarter.