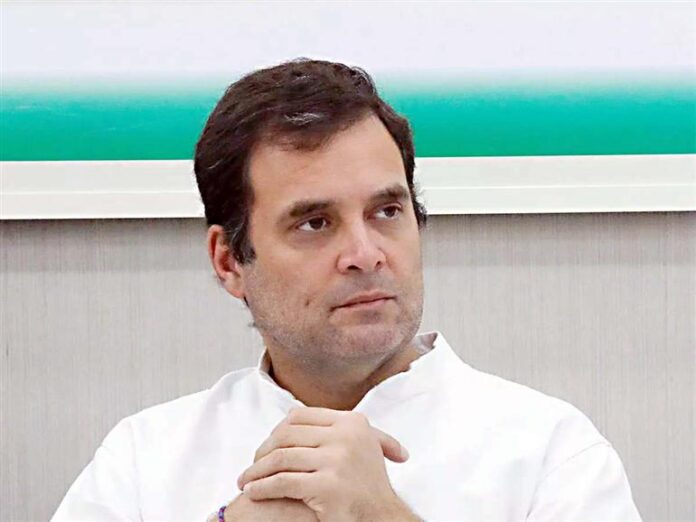 New Delhi [India]: Congress MP Rahul Gandhi on Thursday termed the sealing of the Young Indian office at the Herald House building as an “intimidation attempt” by the ruling BJP and asserted that he is “not scared” of Prime Minister Narendra Modi’s suppressive government.

Speaking to the reporters here, Congress MP Rahul Gandhi said, “You are talking about National Herald, it’s an intimidation attempt. They think they will be able to silence us with a little pressure…We won’t be intimidated. We are not scared of Narendra Modi. They can do whatever they want…” “We are not afraid of Narendra Modi. Do whatever they want to do – it won’t make any difference. I will continue to do the work of protecting the country, protecting democracy and maintaining brotherhood in the country. We are not afraid,” tweeted the Congress quoting Rahul Gandhi.

Enforcement Directorate (ED) on Wednesday sealed the Young Indian office at the Herald House building in the national capital.

ED sealed the Young Indian office at the Herald House building in Delhi as no one was available in the office during the search and thus they were not able to complete the search.

The order put outside the Young Indian office reads that the “premises not be opened without prior permission” from the agency. Earlier reports said that the Herald House office was sealed.

The probe agency took action a day after the Enforcement Directorate (ED) carried out raids at 12 locations in the national capital and at other places in connection with the National Herald case in which top Congress leaders are accused of violating norms.”Delhi Police blocking the road to AICC Headquarters has become a norm rather than an exception! Why have they just done so is mysterious…,” Congress leader Jairam Ramesh said.

The National Herald case pertains to the alleged financial irregularities under the Prevention of Money Laundering Act (PMLA) and was registered about nine months ago after a trial court took cognisance of an Income Tax department probe carried out on the basis of a private criminal complaint filed by former Bharatiya Janata Party (BJP) MP Subramanian Swamy in 2013.

The petitioner had approached the court alleging that the assets of Associated Journals Limited (AJL), which published the National Herald newspaper, were fraudulently acquired and transferred to Young Indian Pvt Limited (YIL), in which Congress leaders Sonia Gandhi and her son Rahul Gandhi owned 38 per cent shares each.

Swamy had alleged that the Gandhis cheated and misappropriated funds, with YIL paying only Rs 50 lakh to obtain the right to recover Rs 90.25 crore that AJL owed to Congress.
The raids were conducted days after the investigative agency questioned Congress interim-president Sonia Gandhi for nearly three hours on July 27. It was the third round of questioning of the senior leader in the case.

Following the summoning of Sonia Gandhi by the ED, Congress workers and leaders staged protests in various parts of the country alleging misuse of probe agencies by the government. Sonia Gandhi was questioned by ED on July 26 also. She had reached the ED office accompanied by her daughter Priyanka Gandhi Vadra.

Officials said on that day, the party president’s response was sought to around 30 questions regarding her involvement with the National Herald newspaper and Young Indian Pvt Ltd.During her questioning, the Lok Sabha MP from Rae Bareli was asked about the functioning and running of the newspaper, the role of its various office bearers. Prior to that, she was also questioned by ED on July 21.

The Congress leader deposed before the ED investigators in the case for the first time on June 13.

He initially sought an exemption from appearance on June 16, following which he was called on June 17. But the senior Congress leader wrote to the ED to postpone his questioning citing the illness of his mother Sonia Gandhi.

The ED then allowed him to join the probe on June 20 at his request.