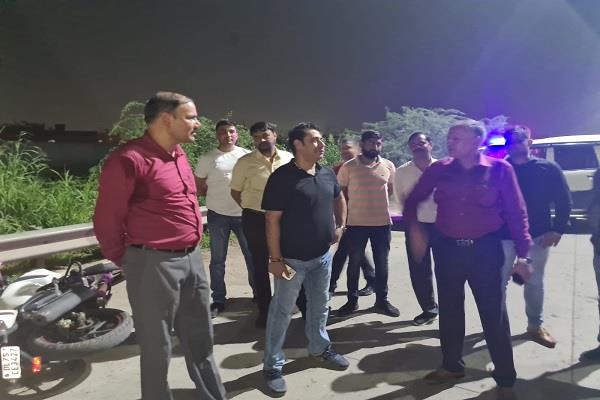 New Delhi [India]: Delhi Police Special Cell arrested one member of the notorious Gogi gang after an encounter in the Khatta area near Bhalswa Dairy of New Delhi, police said on Monday.

The accused has been identified as Bhagwan Singh a sharpshooter of the Gogi Gang and Boxer Gang. This gang also used to work for Lawrence Bishnoi, said police. According to the police, the arrested was asked to surrender but he opened fire on the police team. Personnel of the Special Cell retaliated and shot hin in the left leg.

Bhagwan Singh alias Mukesh (age 32 years) has been involved in many incidents like extortion, murder, and shooting. Numerous cases have been registered against him.

“Arrested Bhagwan Singh alias Mukesh was wanted and absconding in a sensational abduction and subsequent killing of Satish on in the area of Shahbad Dairy vide FIR No 369/2022 dated 24/05/2022 under Sections 365/302/34/201 of IPC in Shahbad Dairy Police Station,” said Delhi Police.

“Based on specific information, the police planned the encounter. “At about 12.10 am today on August 2, a person riding on the bike (identified as Bhagwan Singh) was spotted coming from Swaroop Nagar side and going towards the landfill. He was signalled to stop by the members of the police team after disclosing the identity of the police but he tried to escape by reversing the bike but he was surrounded by the team and asked to surrender. But Bhagwan Singh whipped out his pistol and fired towards the team. Members of the team also fired in self-defence to overpower the accused, in which he was got injured in his left leg. He was immediately rushed to Jagjeevan Ram hospital,” informed the police.
Total of five rounds were fired– three by the accused and two by the members of the team.

A semi-automatic pistol of .32 with 3 live cartridges was recovered from the accused and he has been admitted to a hospital in Jahangirpuri.

While lodged in jail, Bhagwan Singh came into contact with members of Gogi gang and thereafter he become associated with that gang and now working with them, police said.
Further investigation of case is in progress.

On September 24, two shooters shot and killed Jitendra Gogi of the Gogi gang in Rohini Court No. 207 during a shootout. During this, both the shooters were also killed in retaliation by the police. According to police, Gogi and his associates were involved in crimes such as murders, attempts to murder, extortion, possession of illegal arms, carjacking and land grabbing.