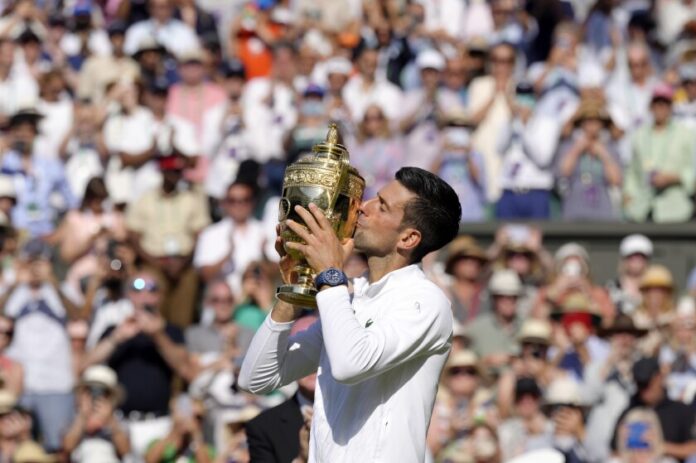 He reached his fourth consecutive title after defeating his Aussie counterpart by a margin of 4-6, 6-3, 6-4, 7-6(3). His seventh Wimbledon title win draws him level with US legend Pete Sampras’ tally of single trophies wins at the All England Lawn Tennis Club. The 35-year-old Serbian is now just one title shy to equal Roger Federer’s eight Wimbledon title wins and one grand slam title away from equaling Rafael Nadal’s record of 22 major title wins.

After Kyrgios took the first set on the Centre court, Djokovic found his rhythm back later. Despite his Kyrgios best efforts, Djokovic got the better of his opponent in crucial moments of second and third sets. Djokovic then held his nerves going into the fourth set tiebreaker and captured it easily to win the title.

It is Djokovic’s first tour-level win in three attempts against the Australian, who had never gone beyond the quarter-finals at a grand slam before this.