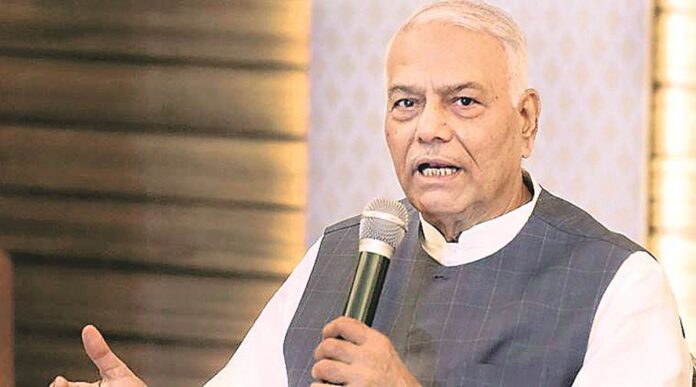 The CRPF has been taking over the security of Sinha on Friday after it received a written order from the Ministry of Home Affairs a day ago. The moves come days after the CRPF accorded ‘Z+’ category armed security to NDA’s presidential candidate Droupadi Murmu.
Now, former Union Minister and Trinamool Congress (TMC) leader Yashwant Sinha will be guarded round the clock by armed CRPF personnel.

The announcement comes shortly after Sinha hinted that he has accepted the proposal made by a section of Opposition leaders to make him their presidential candidate.

Sinha, who had quit the Bharatiya Janata Party in 2018, joined the TMC last year. He was later appointed as the party’s vice-president.

The election of the office of the President of India is scheduled for July 18 and the counting of votes, if needed, will be done on July 21.