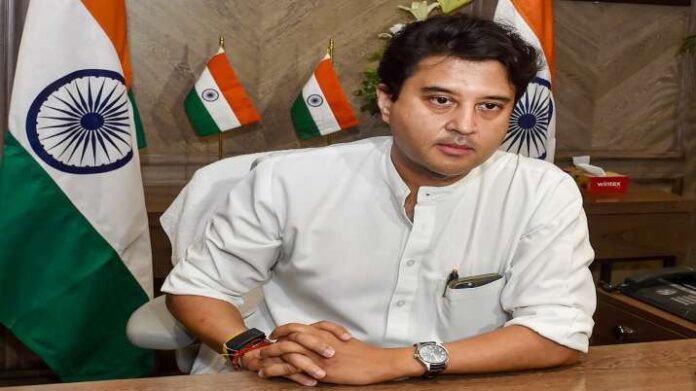 He also noted that the number was achieved under the UDAN scheme. “Under Udaan Yojana democratisation of the aviation sector took place and 1,93,000 flights were started based on viability gap funding in the last 5 yrs where govt will also bear the cost for the tickets,” Union Civil Aviation minister Jyotiraditya Scindia said.

The UDAN scheme launched in 2016 aims to fulfil the aspirations of the common man with advanced aviation infrastructure and air connectivity in Category II and III cities, following the vision of Ude Desh Ka Aam Nagrik . In a short span of 5 years, to date, 419 flight routes connect 67 underserved/unserved airports, including heliports and water aerodromes.

Scindia also stressed that the nation has been witnessing the democratisation of the aviation industry and the country expects to reach 40 crore air travellers in the next four years.

Scindia said, “New airline ‘Akasa airlines’ has commenced. It is a new dawn for airlines. The last two decades have been challenging for the sector not only in India but across the world. Seven airlines were shut in India during that period.”

According to the Ministry of Civil Aviation, Akasa Air is the 7th scheduled airline with brand name of SNV Aviation having Corporate Headquarters at Mumbai with Boeing Max – 8 aircraft. Akasa Air plans to be a low-cost carrier with single fleet and all economy seats. Akasa Air is planning to expand its activities to 72 aircraft in next five years which will significantly enhance the domestic aviation services in India.