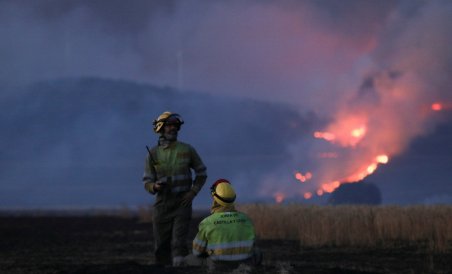 Madrid [Spain]: Spain’s Ministry of Health said on Thursday that 1,047 people died in this year’s second heatwave as temperatures topped 40 degrees Celsius in many parts of the country over the past 10 days.

These heat-related deaths were recorded from July 10 to 19, according to data collected by the Monitorization of Daily Mortality (MoMo). The extreme heat affected mainly the elderly: 672 of the victims were aged 85 or over, 241 between 75 and 84, and 88 were aged between 65 and 74.

Bea Hervella, spokesperson for the Spanish Meteorological Agency (AEMET), said mortality was higher among people with respiratory and cardio-vascular diseases.

Hervella believes the problem lies mainly in the body’s temperature regulation mechanism, which is not fully developed among young people but often overreacts among the elderly.
“The consequences of heat and dehydration can affect you hours after being exposed to the heat,” said Paul Molina, chief of emergency services at Torrejon Hospital in Madrid.

Spain’s first heatwave of this summer started on June 11 and lasted a week. The mercury was way above 40 degrees Celsius and 829 people died of heat-related causes, according to the Carlos III Health Institute.