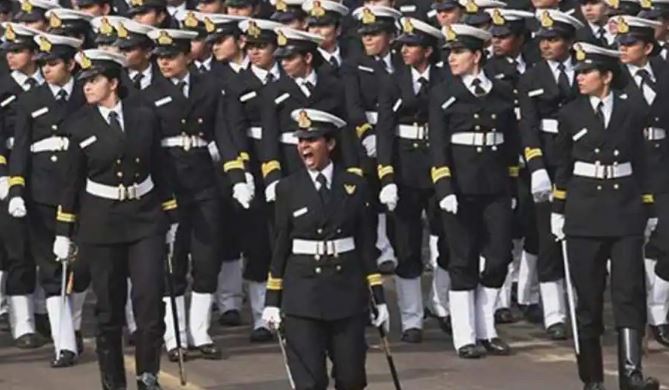 New Delhi [India]: As the registration for the Senior Secondary Recruit (SSR) and Matric Recruit(MR) concluded on Wednesday, the Indian Navy received over 80,000 applications from women candidates, informed the officials.

The recruitment of the above-mentioned profiles will be done under the Agnipath scheme. “Indian Navy’s SSR (Senior Secondary Recruit) & MR (Matric Recruit) registration process towards the #AgnipathRecruitmentScheme has been completed. 9.55 lakh Agniveer applicants including 82,000 women aspirants have registered,” tweeted the official handle of Indian Navy.

Focusing on gender-neutrality in all its branches, the Indian Navy on June 20 announced its decision to recruit women sailors, through the newly-unveiled Agnipath recruitment scheme.

While all the three services – Army, Air Force and Navy – have had women officers, this will be the first time that positions of Personnel Below Officers’ Rank (PBOR) will be open to women.

“We are still formulating the exact number of women sailors to be recruited through the Agnipath scheme,” Vice Admiral Dinesh K Tripathi, Chief of Personnel said in a tri-service press conference at the Ministry of Defence here on Sunday, adding that the training of the first batch of Agniveers will begin in November this year.

“Indian Navy has 30 women officers at present sailing on different Indian Navy ships. We have decided that under the Agnipath scheme, we will recruit women also. They will be deployed on warships also,” he added.

He further informed that the arrangements are being made at INS Chilka in Odisha – the basic training establishment for the Indian Navy, to accommodate the women sailors.

“From November 21 this year, the first naval ‘Agniveers’ will start reaching the training establishment INS Chilka, Odisha. Both female and male Agniveers are allowed for this,” Tripathi said.

The “transformative” Agnipath scheme, announced by Union Minister Rajanath Singh on June 14, in the presence of the three service chiefs provides for the recruitment of into the armed services of youths in the age bracket of 17-and-a-half-years to 21 for only four years with a provision to retain 25 per cent of them for 15 more years. The Centre later extended the upper age limit to 23 years for recruitment in 2022.

The Union Cabinet also approved the Agnipath scheme on June 14 and the youth selected under this scheme will be known as Agniveers.

The government had announced that 46,000 Agniveers to be recruited this year. It had said that the armed forces will have “a younger, fitter, diverse profile” to face future challenges.
There have been protests against the Agnipath scheme in some states and the government has announced support measures to allay apprehensions.