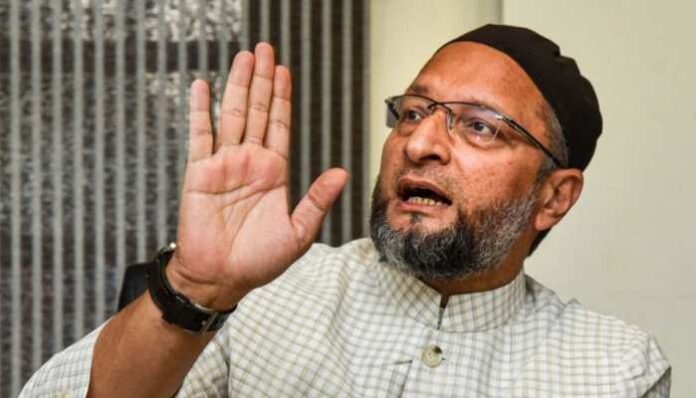 Hyderabad (Telangana): Soon after a tailor was killed for putting social media post in support of former BJP spokesperson Nupur Sharma in Rajasthan’s Udaipur, President of the All India Majlis-e-Ittehadul Muslimeen (AIMIM) Asaduddin Owaisi on Tuesday condemned the incident saying that there can be no justification for it.

“I condemn the gruesome murder in Udaipur Rajasthan. There can be no justification for it. Our party’s consistent stand is to oppose such violence. No one can take the law in their own hands. We demand that the state government to takes the strictest possible action. Rule of law must be upheld,” tweeted Owaisi today. He further wrote, in a series of tweets, “The brutal murder in Udaipur is condemnable. No one can defend such a murder. The Muslim stand of our party is that no one has the right to take the law into their own hands. We have always opposed violence.”

“There is a demand from our end to take strict action against the culprits. The rule of law has to be maintained,” Owaisi said.