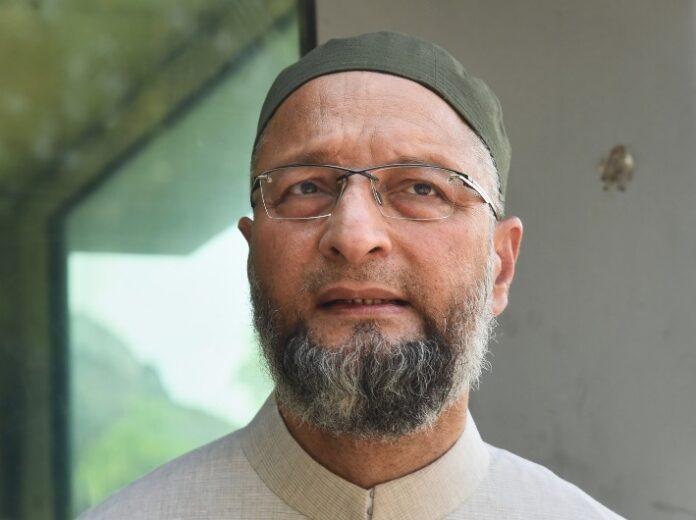 Hyderabad (Telangana): All India Majlis-e-Ittehadul Muslimeen (AIMIM) chief Asaduddin Owaisi on Tuesday slammed the killings of Kashmiri Pandits in the valley and said that the Central government failed to provide security to the community.

“BJP appointed LG in Jammu and Kashmir and Centre run government there have proved to be unsuccessful. Removal of Art 370 hasn’t helped. Not the first attack on a Kashmiri Pandit in Jammu and Kashmir, they (Centre) have failed to provide security. Kashmiri Pandits want to leave Kashmir now,” said Owaisi. He further stressed that the incident was “another example of the failure of the Modi government.”

“This is another example of the failure of the Modi government. The responsibility for the failure to safeguard the lives of Kashmiri Pandits in Jammu and Kashmir lies on BJP and and its government,” he added.

His remarks came after a Kashmiri Pandit was shot dead and his brother injured after terrorists shot at them at an apple orchard in Jammu and Kashmir’s Shopian district.
The incident took place in the Chotipora area.

The deceased has been identified as Sunil Kumar Bhat. His brother Pintu has sustained injuries.

Security force personnel have been deployed in the area after the incident.

“Pakistan wants a bloodbath in Kashmir, Pakistani terrorists are the enemies of the people of Kashmir,” he added.

Raina alleged, “Pakistan wants to turn Kashmir into graveyards but we won’t allow it to fulfil its nefarious designs.”

He further said those involved in targetting the Kashmiri Pandits will be taken to task and will be punished.

The development comes after A bank manager, identified as Vijay Kumar, was shot dead outside his office by terrorists in the Kulgam district of Jammu and Kashmir in June this year.

A Hindu woman teacher Rajni Bala was shot dead by terrorists in Kashmir’s Kulgam district on May 31.