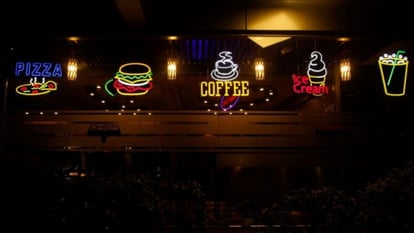 The restaurant manager has said that the accused reached there at the closing time at 5:00 am, the local media reported.

He said that the accused forced the staffers to provide meals to him and later he brutally tortured the security guard and the staff members for refusing to entertain him.

However, Inamullah was booked for damaging assets of an international fast food restaurant in the city, ARY News reported.

Citing sources, ARY News reported that the former policeman was also charged in another case at the same Defence police station.

Quoting police officer Amjad Ali, the media reported he was on a routine patrol when they saw two parties fighting with rods, stones and physical fights.

A few days before, a CCTV footage cited by Geo tv revealed that a burqa-clad woman was harassed by an unidentified man who groped her from behind in day time in the country’s capital Islamabad.

According to Geo tv, the incident took place during the daytime in which a woman, covered in a veil (burqa), could be seen walking on a street when an unidentified man appears and gropes her from behind.

The woman in the video could be seen struggling to push the man away from her. After harassing her, he could be seen running away.

Reports say that over 70 per cent of women are victims of harassment at the workplace in Pakistan and there seems to be no end to their plight.

Data collected by White Ribbon Pakistan, an NGO working for women’s rights, shows that 4,734 women faced sexual violence between 2004 and 2016. Lately, the government of Pakistan passed the “Protection against Harassment at the Workplace (Amendment Bill), 2022 and has amended the weaker provisions of the 2010 law.

Pakistan observes an increased ratio of overall working women in recent years but the country is grappling with the issue of psychological, physical and sexual harassment of women that impedes their safe mobility and prevents them from stepping outside to work.