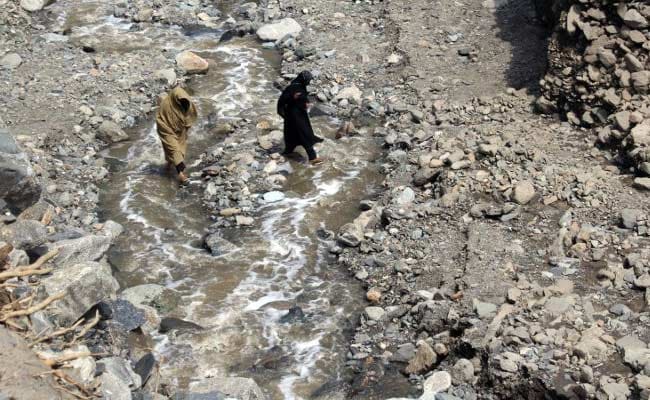 Islamabad [Pakistan]: At least 50 houses and mini-power stations were washed away on Sunday as flash floods wreaked havoc in Upper Kohistan.

Provincial Disaster Management Authority (PDMA) official said that the flash floods were triggered by heavy rains which caused massive destruction in the Kandia tehsil of Upper Kohistan, reported Dawn. The flooding coincides with heavy rains in Chitral and Peshawar, where one person died and two were injured in the last 24 hours, according to the PDMA.
Tehsildar (revenue officer) Muhammad Riaz told Dawn that around 50 houses were swept away in the floods in Upper Kohistan, adding that he has constituted five teams that have been dispatched to the affected areas for relief work and the assessment of losses.

A local activist’s estimates of the devastation were much higher, while another spoke of the challenges of being cut off from the electric grid and potable water.

Hafeez-ur-Rehman, a local activist from Kandia, told Dawn that a “massive flood” hit two villages in the Kandia tehsil, where he estimated that around 100 houses were washed away, rendering scores of people homeless. No casualties were reported.

He said a large number of cattle were also killed, while water supply systems in four villages — Dansh, Berti, Jashoi and Dangoi — were damaged, though fortunately, families managed to evacuate before the floods reached the villages.

Rehman also shared videos with Dawn, shot by locals in the Jashoi area, of houses being completely submerged. In another video, flood waters can be seen raging through a valley.
He said the locals had initially started rescue work and shifted affected families to safer locations, reported Dawn.

Another Kandia resident, Aziz Khan, said the suspension of electricity and water supply has “put the entire area in trouble”.

“Initially we had sent 45 tents and other essential items to the affected families while a team of revenue officers will reach affected areas in an hour to start relief activities,” Tehsildar Riaz said.

Dassu headquarters Assistant Commissioner Hafiz Waqar Ahmad told Dawn that some heavy machines of the Dassu hydropower project also came under rubble dislodged by flooding at Uchar Nala, however, the losses were not significant.

Uchar Nala is some 30km away from Kandia.

Waqar said food items were also dispatched for the affected families of Kandia and tents are being installed in Jashoi, while more were on the way to Birtvi.

Meanwhile, the Pakistan Disaster Management Authority (PDMA) said at least one person died and two were injured due to heavy rains in Peshawar in the last 24 hours.
The PDMA said 23 houses were partially damaged while 14 houses were completely damaged in the provincial capital, reported Dawn.

Similarly, several houses were swept away in the Upper Chitral’s Boni area due to flash floods caused by heavy rainfall. The PDMA said areas of Lower Chitral were also affected by the rains.

Tehsil Chairman Chitral Shehzada Aman said that the Garam Chashma Road was closed for traffic due to landslides, adding that the floodwater also damaged houses in Gobor and Daneed villages.