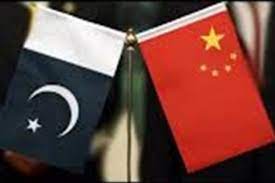 Islamabad [Pakistan]: In an attempt to stabilise the country’s economy, Pakistan has assured the International Monetary Fund (IMF) that it would try to receive concessions from China-Pakistan Economic Corridor (CPEC) power plants.

The concessions could include — whether in the shape of either reduction in the profit rates on investment or rescheduling the loan repayments, The Express Tribune reported.

The issue of reopening of the purchase agreements of the power generation plants set up under the multi-billion dollar CPEC is unlikely to die down in the near future.

The previous Imran Khan-led PTI government had also made a similar commitment with the World Bank (WB) – for the sake of a USD 400 million loan in June last year.

Citing government sources, The Express Tribune reported that the assurance to seek concessions from the Chinese investors was given by Pakistani authorities to remove one of the bottlenecks in finalisation of a staff-level agreement with the IMF.

Notably, the chances of that happening are dim because of the political sensitivities involved in the process.

CPEC is the flagship project of the Belt and Road Initiative of the Chinese government – a reason that the Chinese leadership has already ruled out the possibility of reopening these deals.

Meanwhile, the IMF said that Pakistan will receive USD 1.7 billion tranches in the coming three to six weeks, after reaching the staff-level agreement earlier this week.

In a press briefing on Thursday, IMF’s Communication Director Gerry Rice said. “It’s an agreement on a combined seventh and eighth review of the programme… that will translate into about USD 1.17 million being disbursed to Pakistan. Pretty much, straight away.”

He further said that this brought the total disbursements from the IMF to Pakistan under the ongoing program to about USD 4.2 billion.

The IMF and Pakistan reached a staff-level agreement on Wednesday on the combined seventh and eighth reviews for a USD 6 billion Extended Fund Facility (EFF) loan facility.

Pakistan hoped that this agreement would stabilise the country’s economy and depreciate its currency.

Meanwhile, IMF also hoped that it would bring down high inflation and end Pakistan’s political instability.

The agreement “could also unlock more funding for Pakistan, which in recent weeks has neared the brink of a balance of payments crisis,” Rice said.