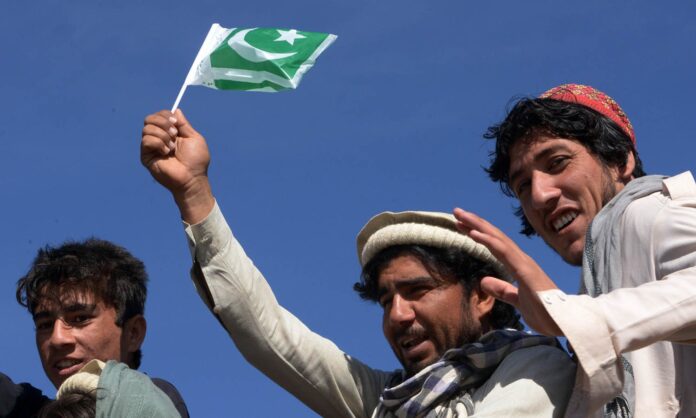 Islamabad [Pakistan]: People of Federally Administered Tribal Area (FATA) are facing lots of trouble since the merger with Khyber-Pakhtunkhwa (KP).

Tribal people are not at all happy even after three years of merger and are not satisfied with the measures and policies adopted by the governments as their problems are increasing day by day, reported Pak vernacular media. Many tribes prefer Jirga over the judiciary for settling their issues. People against FATA’s merger with Khyber-Pakhtunkhwa are getting active in this situation and are trying to convince tribes that the merger was a mistake and the results are in front.

In the tribal system, all decisions were taken in accordance with local customs and practices which provided immediate and timely justice to the people. These decisions, it is noteworthy, were also gladly accepted by all parties involved.

The educated and politically active people had thought that the merger would bring them into the national stream but it has proved wrong for now, reported local media.

On May 21, 2018, Pakistan made FATA part of KP under the 25th Amendment to reform tribal areas and to bring it within constitutional jurisdiction, but rather than solving the problem, it has become an obstacle in the way of development.

Rifatullah Orakzai, writing in Friday Times of Naya Daur said that despite being mainstreamed under the Pakistani constitution, former FATA remains marred by lawlessness. The vacuum used by terror outfits is still volatile, with the locals being troubled by draconian policies.

Tribal people who have been relocated to the area complain of delays in hearing property cases and high expenses. Sahibzada Bahauddin, a local journalist from Bajaur tribal district, can’t help but juxtapose the systems pre- and post-FATA’s merger with Khyber Pakhtunkhwa.

“The jirga system was better: money was spent in it too but at least justice was provided immediately,” Bahauddin told Naya Daur Media.

He said the promises made by the government to the tribal people have not been fulfilled, and hence the locals are disappointed. He insists many locals think they have been hard done by and also reiterates that the previous system was cheaper and quicker.

“We used to think that the abolition of the Frontier Crimes Regulations or FCR would solve most of the problems of the people in the former tribal areas, but that did not happen. In fact, so many new issues have been created, and one can’t see any solution to them,” he added.

The FCR, introduced in 1901 by the British, has commonly been referred to as the Black Law. In the former tribal areas, the whole system was run under this law and the convicts had no right of appeal in the high courts. One clause of this law could have bound the whole tribe for many years under territorial responsibility, reported Naya Daur.

“People had high hopes regarding the integration of FATA. The government’s narrative implied that the merger would lead to canals of milk and honey flowing in the merged areas. It was all a sweet deception,” added Bahauddin.

No ledgers are kept of the property in the merged districts. Locals have started to bring years-old disputes before the local courts, which has further aggravated territorial issues.
“A mechanism should have been set up to provide relief but there is no such thing on the ground which shows frustration on all sides,” he maintained.