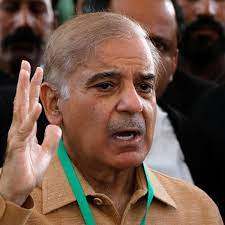 Islamabad [Pakistan]: The Shehbaz Sharif government has approved an increase in natural gas prices in the range of 43 per cent to 235 per cent with effect from July 1 to recover 660 billion Pakistani rupees (Pkr) from the majority of domestic and all other categories of consumers.

“Nearly half of the domestic consumers have been protected from the surge but the burden on the upper class has been massively increased,” said Musadiq Malik, the Minister of State for Petroleum at a press conference. The decision was taken by Pakistan’s Economic Coordination Committee of the Cabinet (ECC). The ECC passed on the maximum burden onto those domestic consumers who have monthly consumption of up to four cubic meters.

According to The Express Tribune newspaper, they have now been clubbed with up to five cubic meter gas consumers who will also pay the same maximum price of Pkr 3,712 per MMBTU but for them, the increase will be 154 per cent over the existing prices.

“The ECC approved the proposed revision in consumer gas sale prices with direction to further reduce the gas rates for export and non-export industry (captive power) against the proposed rates by Pkr100,” the Pakistan Finance Ministry said.

Energy prices have continuously been rising in Pakistan since 2018. The Russia-Ukraine war has added to gas prices all over the world.

Long-standing deficiencies over the past decades and the COVID-19 shock have severely strained the energy sector, resulting in an unsustainable stock of arrears (circular debt) that weighs on the financial sector, budget, and the real economy.

There are multiple causes, including delayed price adjustments, deferred payments, postponing key investment, and granting ill-targeted subsidies, among others, according to the International Monetary Fund (IMF).

The energy sector’s strategy under the IMF-supporting program aims at restoring its financial viability, through a comprehensive plan, that includes strengthening the legal framework of regulatory agencies, management improvements, cost reductions, and adjustments in tariffs and subsidies calibrated to attenuate social and sectoral impacts.