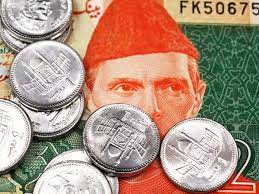 Islamabad [Pakistan]: Due to huge currency depreciation and faulty policies of the Shehbaz Sharif-led Pakistan government, the country’s debt jumps to a record high of Pakistani Rupee (PKR) 60 trillion.

The increase in public debt was PKR 9.3 trillion in the past one fiscal year but it swelled up to a record PKR 49.2 trillion by end-June 2022, according to the State Bank of Pakistan (SBP), the Express Tribune reported.

Moreover, the central bank’s latest debt bulletin for the fiscal year 2021-22, which it released on Monday also showcased that the debt burden increased in terms of the size of the national economy, indicating that Pakistan is at its worst and under a heavy load of unbearable debt burden.

According to the SBP, the total debt and liabilities of the country increased to PKR59.7 trillion, a surge of PKR 11.9 trillion, or 25 per cent, compared to the preceding fiscal year which clearly indicates that in the fiscal year 2021-22, the nation added one-fourth of the debt accumulated from 1947 to June 2021.

In terms of the size of the economy, Pakistan’s total debt and liabilities were equal to 76.4 per cent in 2018 which jumped to 89.2 per cent by June this year despite the rebasing of the economy.

Former PM Imran Khan had promised to curtail the debt burden while blaming his predecessors for throwing the country under the debt pile, however, when he left office in April 2022, his government had added PKR 19.5 trillion to the total debt stock of the federal government, according to the Express Tribune.

The gross public debt stood at PKR 49.2 trillion by the end of the last fiscal year, according to the SBP data and an additional PKR 9.3 trillion was added in just one year.

In the last fiscal year, the federal budget deficit also hit a record at nearly PKR 5.5 trillion, thanks to the expansionary and politically motivated fiscal policies of the PTI government.

The increase in the public debt was more than the budget deficit, indicating the impact of currency devaluation.

During their previous five-year stints in power, the PML-N added around PKR 10 trillion and the PPP added PKR 8 trillion to the debt burden.

The federal government’s total domestic debt increased to PKR 31 trillion, an addition of PKR 4.8 trillion (or 18 pc) in the last fiscal year.

Before Imran Khan took office in 2018, the domestic debt stood at PKR 16.4 trillion whereas the external debt of the federal government increased at an alarming pace of 35 per cent to PKR 16.7 trillion within one year, the Express Tribune reported.

Pakistan’s debt from the IMF increased by 21 per cent within one year to PKR 1.4 trillion by the end of the last fiscal year, according to the SBP.

The direct consequence of the mounting debt pile is a huge increase in the cost of debt servicing which has only added to the miseries of citizens of Pakistan.