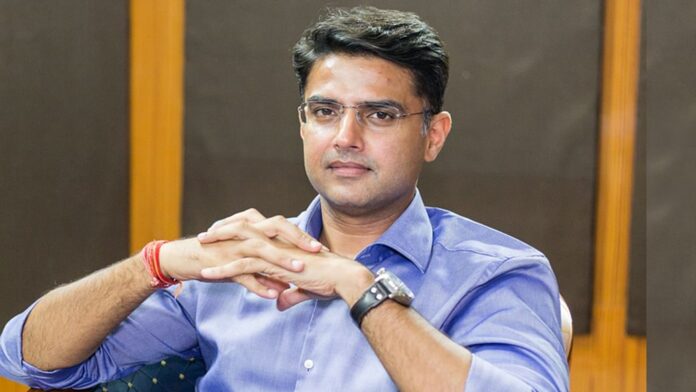 New Delhi [India]: Congress leader Sachin Pilot on Thursday said that the gruesome murder of tailor Kanahiya Lal in Rajasthan’s Udaipur has surpassed all limits of humanity and said the killers, through fast track court, should be given such a punishment that will set an example for the entire country.

Pilot said, “These people crossed all limits of humanity. Such a murder and the manner in which it is been executed shook everyone. They have been caught. Through fast track court, they should be given such a punishment, which be an example for the entire country.” The former deputy chief minister of the state said that “people and organisations responsible for this need to be traced and finished permanently.”

“We will have to reach the core of it, the team has been constituted for the same. Names of Pakistan-based organisations are coming to the fore and other details of the two accused are also coming to light. People and organisations responsible for this need to be traced and finished permanently,” Pilot said.

He also assured all possible help to the victim’s family and said that strict action will be taken against the accused.

Kanhaiya Lal a tailor was hacked to death inside his shop in Udaipur by two men in broad daylight on June 28 for allegedly posting content in support of suspended Bharatiya Janata Party (BJP) leader Nupur Sharma. The beheading had sparked public outrage across the country.

Kanhaiya Lal was cremated yesterday in Udaipur in the presence of a large number of people who raised slogans demanding capital punishment for the accused. His last rites were performed amidst heavy police security.

Upon the direction of the Ministry of Home Affairs, the National Investigation Agency (NIA) on Wednesday took over the investigation of the murder , officials said. The anti-terror agency has also filed a First Information Report (FIR) under the Unlawful Activities (Prevention) Act as well as various sections of the Indian Penal Code, a senior NIA official told ANI requesting anonymity.