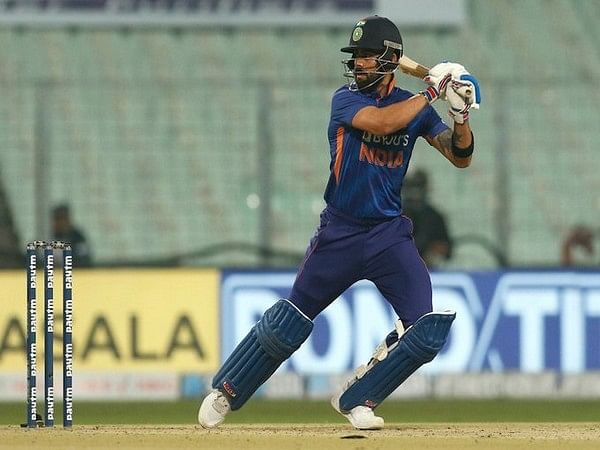 London [UK]: Former India skipper Virat Kohli is going through a rough patch in his career and ahead of the third and final ODI against England, the Indian batter tweeted a one-word cryptic post on Saturday.

Kohli took to his Twitter and shared a post, the India player can be seen posing in front of an artistic work which has two wings with a message: “What if I fall… Oh but my darling, what if you fly.”

His post had a single-word caption which read: “Perspective.”

Kohli’s long span without the international century has been talked about in the town. In ongoing India’s tour of England, Virat Kohli could manage scores of only 11 and 20 in the fifth and final Test against Edgbaston and continued his bad performances in T20Is, where he could score only 12 runs in two innings.

Kohli has not fared very well in Blue this year either, scoring only 158 runs with two fifties in six ODI innings and 81 runs across 4 T20I innings with one fifty.