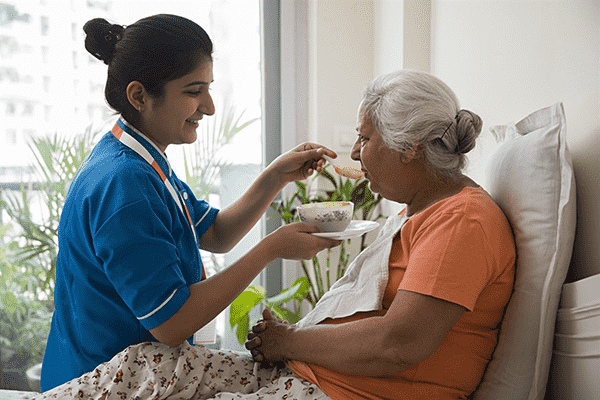 New Delhi [India]: A Public Interest Litigation has been filed in Delhi High Court seeking direction from the Union of India to consider constituting a welfare board for home nurses and domestic workers to avoid exploitation allegedly by recruitment agencies etc.

The petition moved by an NGO Distress Management Collective, also seeks direction from Delhi Government to constitute a committee to examine the situation of home nurses and domestic workers in Delhi.

The Petitioner NGO through Advocates Robin Raju, Deepa Joseph and Blessan Mathews stated that there are numerous grievances of home nurses and domestic workers who had to face exploitation from the placement agency and the employer both.

The plea further states that the pandemic period was extremely cruel for this vulnerable section.

“The home nurses and domestic workers had to put their lives in jeopardy and ignore the well-being of their own families for taking care of the needs of their employers round the clock. It would be no exaggeration to state that the lives of many elders were saved from the deadly Coronavirus due to the care and protection rendered by this unsung group comprising home nurses and domestic workers,” it states.

According to the petitioner, the law reform commission of Kerala, headed by Ret. Justice KT Thomas has suggested the constitution of a Welfare Board specifically for Home Nurses and Domestic Workers.

The petitioner stated that there is a dire need to constitute a Welfare Board at a pan-India level.

“There must be a wing of the Welfare Board in each state. The welfare board must be given the mandate to even conduct a survey to segregate the agencies with a license from the total number of recruitment agencies that provide home nurses and domestic servants in the country. The board must also comprise persons who can provide legal assistance to the aggrieved,” the petitioner said.

“There is a dire need to conduct a survey to ascertain whether the agencies that are providing employment opportunities to home nurses and domestic workers have the requisite registration/license or not,” the plea added.

“It is high time that such a survey is conducted, as in the recent past, it has seen a sudden mushrooming of many recruitment agencies. It is the humble view of the petitioner that, to start with, Delhi should be the made the first place where such an exercise is conducted as a joint effort of both the respondents, plea read.