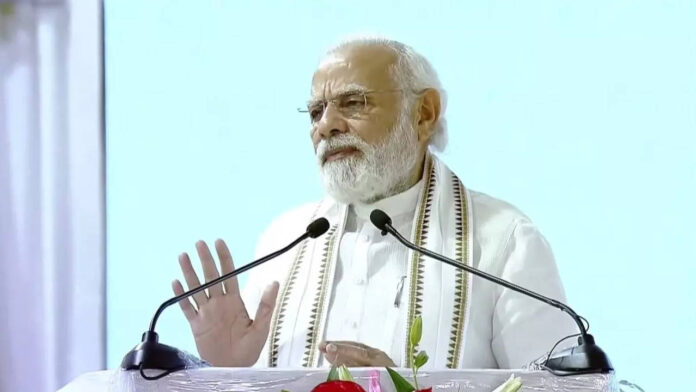 This comes after the Opposition parties are up in arms to attack the government on the issues of price rise, GST hike, Agnipath scheme and even forced adjournments in both the Houses of the Parliament.

As soon as Rajya Sabha assembled on the second day of the Monsoon Session, the Rajya Sabha was adjourned till 2 pm amid protests and sloganeering by the opposition parties over inflation and GST rate hikes.

Congress general secretary in charge of communications Jairam Ramesh tweeted, “Today the Opposition got the Rajya Sabha adjourned till 2pm on the issue of intolerable price rise and increase in GST, especially on food items, on which the Modi Sarkar is unwilling to have a debate.”

Meanwhile, the Lower House of the Parliament has been adjourned till 2 pm amid sloganeering by Opposition MPs on issues of price hikes and inflation.

Lok Sabha Speaker Om Birla prior to adjourning the House proceedings till 2 pm said, “As per rules, it is not allowed to bring placards inside the House.”

Aam Aadmi Party MPs also held protests against the Centre in front of the Gandhi statue in Parliament against the delay in a nod for Singapore visit to Arvind Kejriwal.

The Monsoon Session of Parliament will continue till August 12. There will be 18 sittings during the Session.

During the session, the Centre is likely to announce 24 Bills including the Press Registration Periodicals Bill, 2022.

While the Opposition has listed 16 issues that include; Federalism coming under strain; the Agnipath scheme; rising prices and uncontrolled inflation for discussion during the monsoon session.