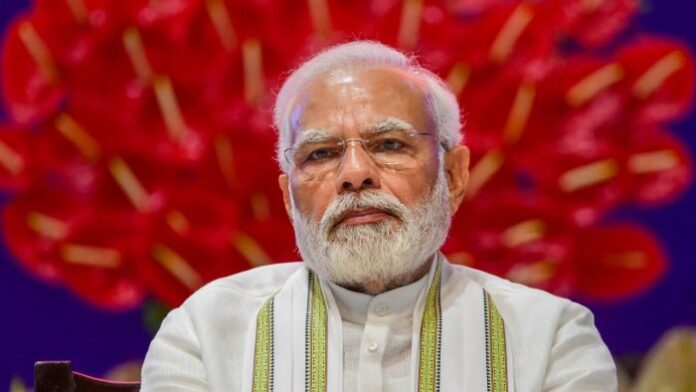 Two Air Force Choppers and NDRF team will start rescue operations on Friday morning in the state, informed Gujarat state BJP President CR Paatil. Paatil tweeted, “Prime Minister Narendra Modi and Home Minister Amit Shah are constantly monitoring the condition in Gujarat. And added that on the request Amit Shah has arranged for two Air Force Shoppers and NDRF team which will start the rescue operations in the state from tomorrow morning.”

PM Modi is constantly keeping an eye on the situation in Gujarat after excessive rainfall and has also given telephonic instructions for tackling the situation, Paatil added.

Paatil also added that Union Minister Amit Shah has also told him to contact him even during mid-night in case of any emergency.

Gujarat Chief Minister Bhupendra Patel has been constantly monitoring the situation of the flood-affected areas of the rain-battered state.

Heavy rains in several areas of Gujarat since the last few days brought life to a standstill. While residents of low-lying areas have been shifted to safer places, those stranded at home due to waterlogging have been provided with relief material.

The Chief Minister visited the state control room on Thursday night to take stock of the situation, especially in the Navsari district. He later spoke with the Collectors of Navsari and Valsad via video conferencing and sought details of the relief work and rescue operation.

He took detailed information on moving people to safer places, opening up of roads and highways, and regarding the work being done by the NDRF, stated the state government.

Locals of Golvad and Fadvel village near Kaveri river in Navsari District were trapped due to flash floods on banks of river Kaveri.

Several parts of Ahmedabad face waterlogging as rainfall continues to lash the city. There was waterlogging in Vejalpur and Shrinand Nagar in Ahemdabad.

Amid the prevailing flood-like situations in the Valsad district of Gujarat, the police and National Disaster Response Force (NDRF) have relocated at least 350 people to safer places from the low-lying areas of the district, Sub-Divisional Magistrate (SDM) Nilesh Kukadia said on Wednesday.

“Since the water level is rising here, we have appealed to the people to move on to safer places…We have also availed the people with the shelter homes facility,” SDM Kukadia said.

A massive amount of water was released from the Madhuban dam on Daman Ganga river in Valsad district as the region continues to remain battered by heavy rainfall.

The Coast Guard on Thursday rescued two women and a child trapped in the Toran village of Navsari after heavy rainfall.

Many parts of Gujarat have been facing incessant rainfall which has caused a flood-like situation in the area.

According to ICG, the woman and the child were immediately taken into the aircraft and evacuated to a safe location.