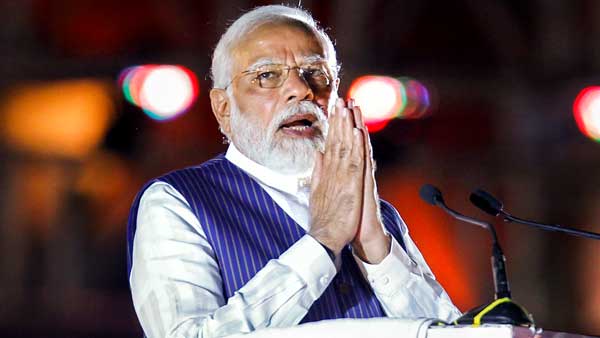 New Delhi [India]: Prime Minister Narendra Modi on Sunday departed for Germany to attend the G7 Summit, scheduled from June 26-27, where he will hold meetings with G7 and guest countries and exchange views on contemporary issues.

PM Modi will also travel to UAE while coming back to India.

“I will be exchanging views with the G7 countries, G7 partner countries and guest International Organisations on topical issues such as environment, energy, climate, food security, health, counter-terrorism, gender equality and democracy. I look forward to meeting leaders of some of the participating G7 and guest countries on the sidelines of the Summit,” the Prime Minister said in an official statement.

After attending the G7 Summit, Prime Minister will be travelling to United Arab Emirates (UAE) on June 28, 2022, to pay his personal condolences on the passing away of Sheikh Khalifa bin Zayed Al Nahyan, the former UAE President and Abu Dhabi Ruler.

The Ministry statement added, “PM Modi will also take the opportunity to congratulate Sheikh Mohamed bin Zayed Al Nahyan on his election as the new President of UAE and Ruler of Abu Dhabi.”

Prime Minister Modi will depart from UAE the same night on June 28.

On the sidelines of the Summit, PM Modi will hold bilateral meetings with leaders of some of the participating countries.

The G7 Summit invitation is in keeping with the tradition of strong and close partnership and high-level political contacts between India and Germany.

PM Modi’s last visit to Germany was on May 2, 2022, for the sixth edition of the India-Germany Inter-Governmental Consultations (IGC).

Before his departure for the G7 Summit, PM Modi said that it will be a pleasure to meet Scholz again after the productive India-Germany IGC.

“I will be visiting Schloss Elmau, Germany at the invitation of Chancellor of Germany, H.E. Mr. Olaf Scholz, for the G7 Summit under the German Presidency. It will be a pleasure to meet Chancellor Scholz again after the productive India-Germany Inter-Governmental Consultations (IGC) last month,” PM Modi said in his departure statement.

PM Modi said that in Germany he also looks forward to meeting members of the Indian Diaspora in from across Europe, who are contributing immensely to their local economies as also enriching our relations with European countries.