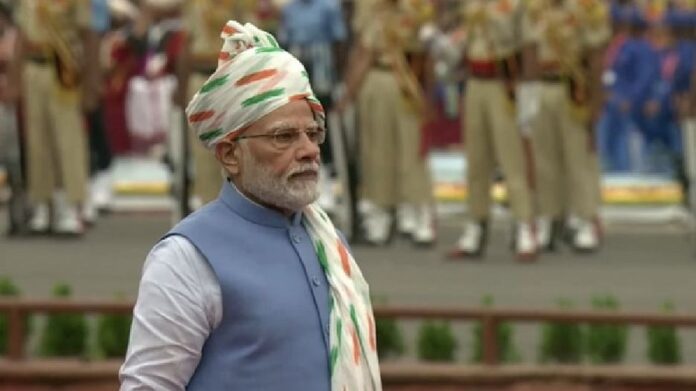 New Delhi [India]: Prime Minister Narendra Modi on Monday called on the people of India to take “panch pran” (five pledges) for a developed nation and aim to fulfil the dreams of the freedom fighters by the year 2047- the 100th year of India’s Independence.

The Prime Minister while addressing the nation on the 76th Independence Day from the ramparts of the Red Fort talked about the five pledges the country needs to focus on for the next 25 years.

“The first pran is to move forward with bigger resolves and resolve of developed India.

The second pran is to erase all traces of servitude. Even if we see the smallest things of servitude, inside us or nearby us, we have to get rid of them.

The third is to take pride in our legacy.

Four is the strength of unity for our dreams of ‘Ek Bharat Shreshtha Bharat’.

The fifth pran is the duties of citizens which include the Prime Minister and the Chief Ministers also.

This is a big pranshakti for fulfilling the dreams of the country in the next 25 years,” the Prime Minister said.