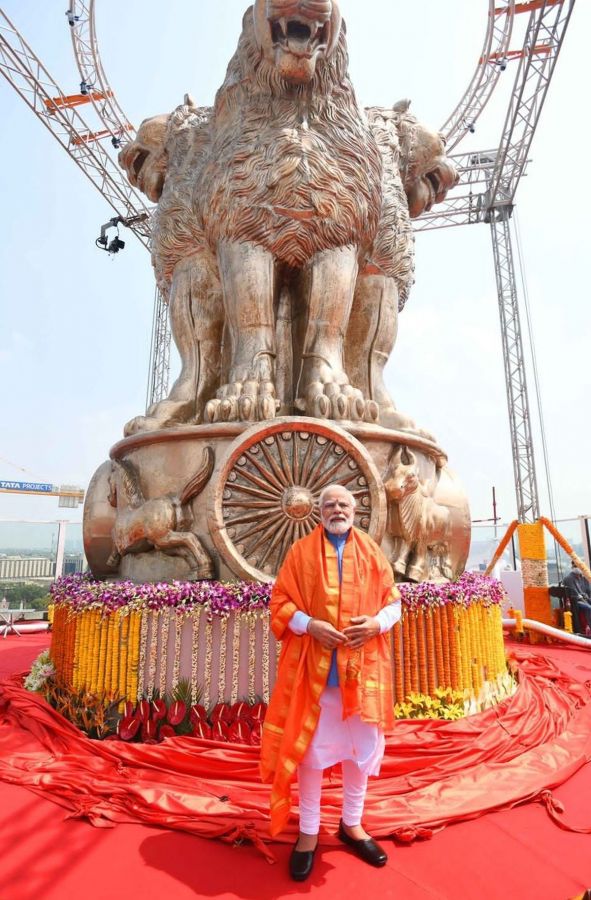 The emblem is made of bronze with a total weight of 9500 kilogram and is 6.5 metres in height.

It has been cast at the top of the Central Foyer of the new Parliament building.

A supporting structure of steel weighing around 6500 kg has been constructed to support the emblem.

The concept sketch and process of casting of the national emblem on the roof of the new Parliament building has gone through eight different stages of preparation from clay modeling/computer graphic to bronze casting and polishing.

The PM also interacted with the workers involved in the work of the new Parliament.