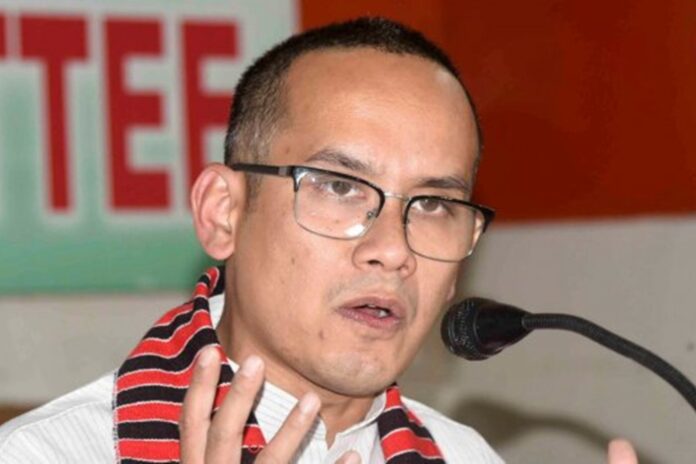 “If there’s a crisis, it’s that of floods. BJP has gone blind for power. There’re floods in Assam, PM should visit the state, announce special package but he’s busy toppling Maharashtra govt, or in Gujarat elections…Only power is everything for BJP,” said Congress MP Gaurav Gogoi.

Over 41 lakh people in 34 districts of Assam continue to reel under the impact of ongoing flood and landslide situations.

Union Minister of Ports, Shipping and Waterways and Ayush, Sarbananda Sonowal, on Wednesday, visited the relief camp set up at Phulaguri Higher Secondary School in Nagaon district of Assam to meet flood-affected people of the region.

The flood situation in Assam’s Karimganj district has deteriorated after the flood waters of the Kushiyara, Longai, and Singla rivers inundated more areas of the district affecting more than 1.34 lakh people of the district.

The flood waters have submerged several main roads of the district. 82 people have died in floods and landslides in the state this year so far in Assam.

The ASDMA also reported that seven people have gone missing amidst the natural calamity whereas 2,31,819 people took shelter in the 810 relief camps in the state.

A total of 1,13,485.37 hectares of land have been affected because of the calamity, whereas the ASDMA in its report further stated that at least 11,292 people have been evacuated from the affected areas.

Meanwhile, there is a political crisis in Maharashtra. Three more Shiv Sena MLAs have joined the rebel group of MLAs led by Shiv Sena leader Eknath Shinde in Guwahati on Thursday morning further deepening the political instability in the ruling Maha Vikas Aghadi government in Maharashtra.

They reached the Radisson Blu Hotel in Guwahati, where other MLAs are campaigning.
Last night, four more MLAs joined Shinde in Guwahati. With this, the number of MLAs joining the rebel group goes to seven in the last 24 hours.

Nation Wouldn’t Be In Turmoil Had PM, Home Minister Appealed For Peace: Baghel