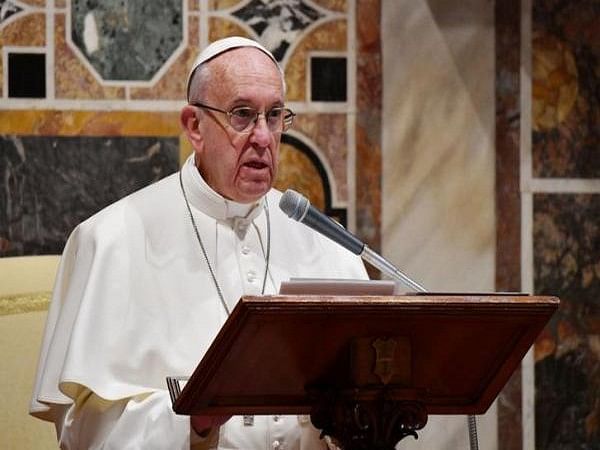 Rome [Italy]: Pope Francis elevated 20 churchmen to the rank of cardinal during a public consistory in the Vatican on Saturday, according to media reports.

In May, the head of the Catholic Church named all new cardinals, including 16 cardinal electors, who have the right to participate in a conclave to choose a new pope, Sputnik News Agency reported.

During today’s ceremony that took place at St Peter’s Basilica, the pontiff said the traditional Latin formula for creating new “princes of the church.”

“Jesus calls us by name, each one of us, he calls us by name: we are not a number; he looks us in the eye – let us each allow ourselves to be looked at in the eye – and he asks: you, who are a new Cardinal – and all of you, brother Cardinals -, Can I count on you? That is the Lord’s question,” the pope said during the ceremony, as quoted by the Holy See.

The newly-minted cardinals gave their oaths of loyalty to the pope and his successors after which the pontiff gave red hats to the kneeling churchmen as well as rings and papal bulls with the titles, Sputnik News Agency reported.

According to further, this is Pope Francis’ eighth consistory after which the College of Cardinals is now 229, including 132 electors.