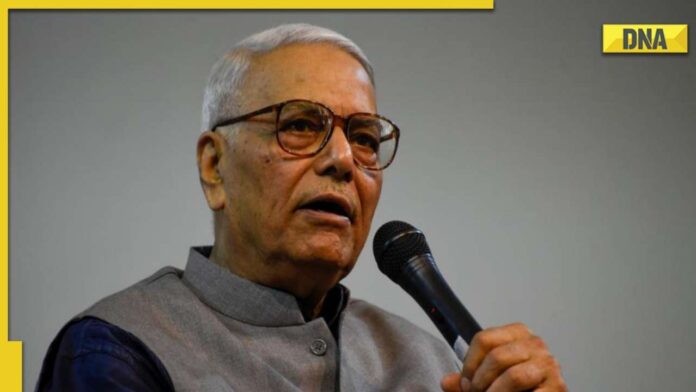 Mumbai (Maharashtra): Days ahead of the Presidential polls, Vanchit Bahujan Aaghadi national president Prakash Ambedkar on Saturday urged Opposition’s candidate Yashwant Sinha to withdraw from the race and said that many “Scheduled Caste and Scheduled Tribe members” from across the parties have lent their support in favour of NDA candidate Droupadi Murmu.

“Requesting Mr Yashwant Sinha to withdraw from the Presidential race because many Scheduled Caste and Scheduled Tribe members from across the parties are joining to vote in favour of Madam Droupadi Murmu,” Ambedkar tweeted.

Murmu is a former Governor of Jharkhand and a former Odisha minister. If elected, she will be the first tribal President of India and the country’s second woman President.

Born in a poor tribal family in the village of Mayurbhanj, a backward district in Odisha, Murmu completed her studies despite challenging circumstances.

Murmu is the first presidential candidate from Odisha of a major political party or alliance.

Murmu filed her nomination papers at the Parliament Library Building in the national capital.

Prime Minister Narendra Modi proposed her name for the nomination, which was seconded by Defence Minister Rajnath Singh.