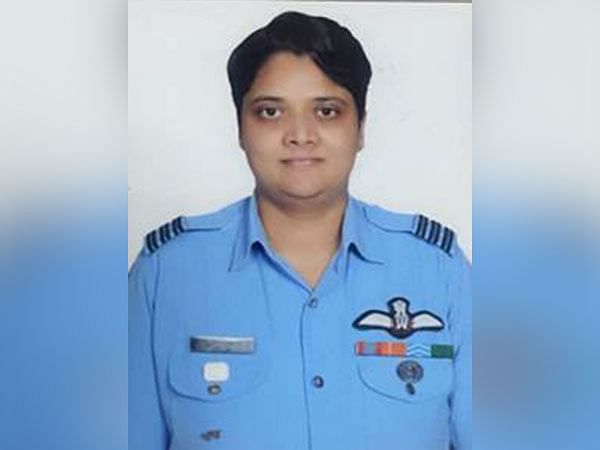 She helped in saving 47 lives in operations carried out amid strong winds and inclement weather. According to the Ministry of Defence, Misra is a Qualified Flying Instructor and an Instrument Rated Instructor and Examiner.

On August 2, 2021, the officer was detailed to undertake Humanitarian Assistance and Disaster Relief operations in response to flash floods in northern Madhya Pradesh.

“Despite the odds of deteriorating weather, strong winds and the nearing sunset time, Wing Commander Deepika negotiated the challenging weather and was the first and only respondent to reach the affected area the same evening,” the ministry said.

It said her initial aerial recce and inputs thereof proved to be instrumental in the planning of the entire rescue operation by the IAF, NDRF and civil authorities.

After the initial recce, she sprang into action, picking up stranded people from roads, fields and rising grounds and dropping them to safe places away from flood waters. In one instance she had to evacuate four villagers from a rooftop.

“Despite the high risk of spatial disorientation due to limited visual cues and flowing water, she was successful in saving their lives. The rescue operation including low hover pick-ups and winching lasted for an exhaustive eight days and she saved the lives of 47 people including ladies and children. Her efforts of bravery and courage not only saved precious lives in a natural calamity but also instilled a sense of safety amongst the common populace in the flood-affected area. For this act of exceptional courage, Wing Commander Deepika Misra is awarded Vayu Sena Medal (Gallantry),” the statement added.

The government also conferred the Vayu Sena Medal for Gallantry to Group Captains Rahul Singh and Ravi Nanda for their roles in Operation Devi Shakti last year to bring back Indians from Kabul, Afghanistan.

“On August 20, 2021, as a part of Operation Devi Shakti, Nanda was tasked for a Special Operation into the destabilised war-torn nation of Afghanistan. The officer was the commander of a mission to fly into the epicentre of the conflict zone of Kabul to insert a ‘Specialised Government Team’ for facilitating the swift evacuation of the Indian Diaspora under imminent threat to their lives. The officer planned an efficient tactical departure in dark night and also safely evacuated 87 Indians to Dushanbe,” the ministry said.

Group Captain Rahul Singh was detailed as the Overall Mission Commander of the three C-17 aircraft tasked for the evacuation of Indian Embassy staff and diaspora from Kabul in the face of the Taliban’s then imminent takeover.

“The flight landed at Kabul airport at night and taxied to the spot vacated by the preceding C-17 aircraft. After holding on the ground for nearly four hours the possibility of the remaining evacuees reaching the airport still remained bleak,” it said.

At this point, the situation turned hostile with sporadic gunfire and swarms of civilians having broken through the southern perimeter wall and rushing towards aircraft parked in the northern part of the airfield.

The officer displaying superior judgement and dynamic decision-making executed an expeditious departure for Dushanbe to obviate any harm to the aircraft.

Close to midnight, sensing an opportunity the officer took off for Kabul for a possible blind landing using NVGs (Night Vision Goggles).

“Short of Kabul Airport, the flight had to hold for close to an hour (burning precious fuel) near Durand line as communications could not be established with the now evacuated ATC tower and Radar Approach services,” it said.

“At the same time, he was also coordinating via SATCOM with the Air Attache on the ground. After frantic negotiations, the aircraft was finally cleared for landing at its own risk.

Post parking, the officer established contact with the US Ground Force commander and directed the GARUD forces to establish a defensive perimeter around the aircraft. Post a four-hour delayed arrival of the 153 evacuees; the officer promptly taxied out and executed a flawless Tactical Departure in order to avoid ground fire in the absence of any ground Navigation Aids,” the ministry added.Share