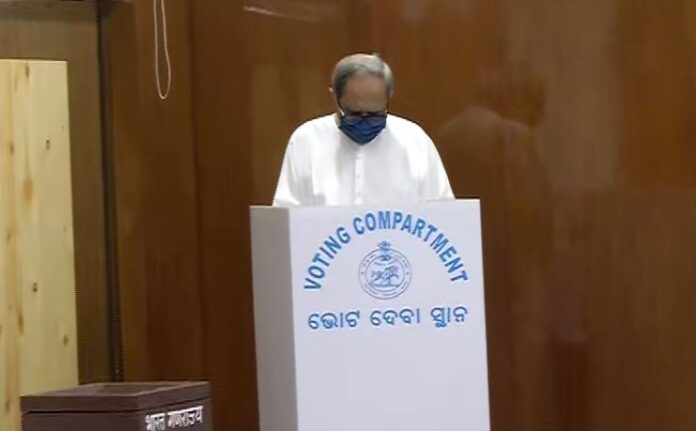 Rajasthan Chief Minister Ashok Gehlot casts his vote for the Presidential election, at the State Assembly in Jaipur.

Voting to elect the next President of India is underway in Manipur Assembly Secretariat, Imphal.

The Monsoon Session of Parliament will commence today and will continue till August 12. There will be 18 sittings during the Session.

Price rise, the Agnipath scheme and unemployment are some of the issues which are likely to be raised by the Opposition during the Monsoon session.

Various Bills including the Family Courts (Amendment) Bill, Forest (Conservation) Amendment Bill, and Press and Registration of Periodicals Bill are likely to be taken up in the session.