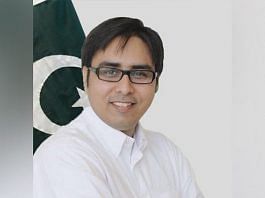 Islamabad [Pakistan]: The legal team of Pakistan Tehreek-e-Insaf (PTI) leader Shahbaz Gill has decided to approach the Supreme Court against the ‘custodial torture’ by the Pakistan government.

As per the Express Tribune, the legal team will also challenge the Islamabad High Court’s (IHC) order on Gill’s two-day remand under Article 185(3) of the Constitution. Gill’s counsel Chaudhry Faisal Hussain told The Express Tribune on Tuesday the ‘custodial torture’ was matter of public importance because it had been used against journalists as well.

“The matter would be taken to the apex court on behalf of Gill, who is currently in police custody,” Faisal Hussain said.

Moreover, the acting IHC Chief Justice Amir Farooq in a written order said that the police authorities had denied the allegation of torture when the matter was referred to the inspector general of Islamabad police for a preliminary inquiry, the Express Tribune reported.

“The register/record of the Central Jail Adiyala does mention certain bruises and other marks on the body of the petitioner when he was taken in. Under Rule 20 of the Prison Code Rules for the Superintendence and management of Prisons in Pakistan when a prisoner with injuries on his body is admitted into a prison from police custody he shall be examined immediately by the Medical Officer,” it said.

“It is also provided that if the examination reveals unexplained injuries not already recorded in the medico-legal report accompanying the prisoner, a report shall at once be made to the Sessions Judge and officer-in-charge of the prosecution and Superintendent police,” the order added.

The written order also explained that the remand should not be refused on the basis of conjecture, adding that it ought to be done on the basis of material available on record, including the police diaries.

The Islamabad court handed Shahbaz Gill to Islamabad police for two-day physical remand after he was shifted from PIMS. The court after listening to the arguments reserved its verdict and later directed the police to present Gill before the court on August 24
Gill was arrested on charges of colluding with a private Pakistani TV news channel in carrying out propaganda against the state. Police said that he was arrested for making statements against the state institutions and inciting the people to rebel.

The Pakistani publication claimed that the PTI leader had attempted to incite hatred in the Pakistan Army while speaking on ARY News a day prior, which has been restricted in certain parts of the country.

Notably, regulatory watchdog PEMRA has alleged that the ARY News channel was airing “false, hateful and seditious” content based on “absolute disinformation with a clear and present threat to national security by instigating rebellion within the armed forces.”

Amid the Pakistan government’s crackdown on private television broadcaster ARY News for carrying out “anti-state propaganda”, the founder and CEO of the network Salman Iqbal along with two of its news anchors have been booked under sedition charges.

Gill was arrested by the police on August 9 after he made controversial remarks against the Pakistan army on television that were deemed as “highly hateful and seditious” by the country’s media authority. Imran’s close aide was arrested on charges of colluding with a private TV news channel in carrying out anti-state propaganda.

Notably, Pakistan’s regulatory watchdog PEMRA has alleged that the ARY News channel was airing “false, hateful and seditious” content based on “absolute disinformation with a clear and present threat to national security by instigating rebellion within the armed forces.”