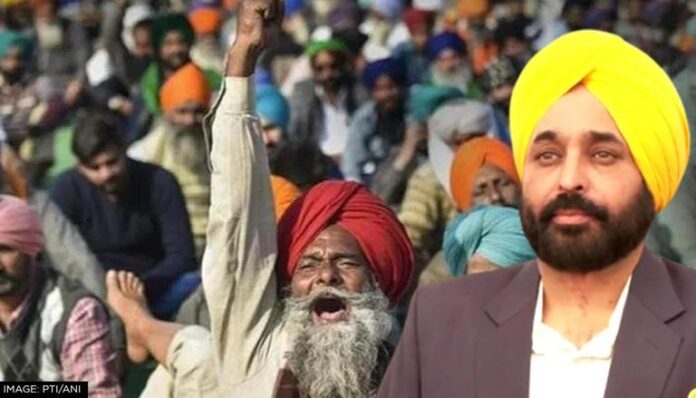 Chandigarh [India]: The farmer unions on Tuesday called off their proposed protest against the Punjab government after meeting Chief Minister Bhagwant Mann who accepted “most of the demands”.

The decision was taken after a meeting with the Chief Minister at the Punjab Bhawan. Notably, several farmer organisations including Bharti Kisan Union (Sidhupur) had announced to protest against the Mann government on many issues which included the non-payment of sugarcane dues.

Speaking to the reporters here, Mann said that all pending dues of sugarcane will be cleared by the state government by September 7.

The Chief Minister announced that his government has decided to cancel the FIRs registered against farmers for stubble burning and agitation.

“A compensation of Rs 5 lakh each to families of farmers who had died during the course of the agitation will be given by August 5,” Mann said.

Meanwhile, speaking to ANI, Jagjit Singh Dallewal, BKU Sidhupur said, “Most of our demands have been accepted. We have temporarily suspended our protest. We have been assured that the arrears will be cleared by September 7. Our next meeting will be on September 7”.

Earlier on July 31, farmers across Punjab held a four-hour ‘rail roko’ protest from 11 am to 3 pm in response to a call given for a nationwide protest by the Samyukt Kisan Morcha (SKM), an umbrella group comprising around 40 farm organisations, primarily demanding the proper implementation of minimum support price (MSP) for crops.

The decision to hold the protest was taken at a state body meeting at the office of the Bharti Kisan Union (Lakhowal) in Ludhiana on July 11.

Earlier Harinder Singh Lakhowal, BKU general secretary and SKM state committee member, had told media persons that the farmers’ bodies would hold district-level conventions from July 18 to 30 to mobilise support for the protest.

The SKM had also announced its intention to hold a protest against the Aam Aadmi Party-led government on August 3 over several issues including the non-payment of sugarcane dues and compensation for cotton crop damaged by whitefly.