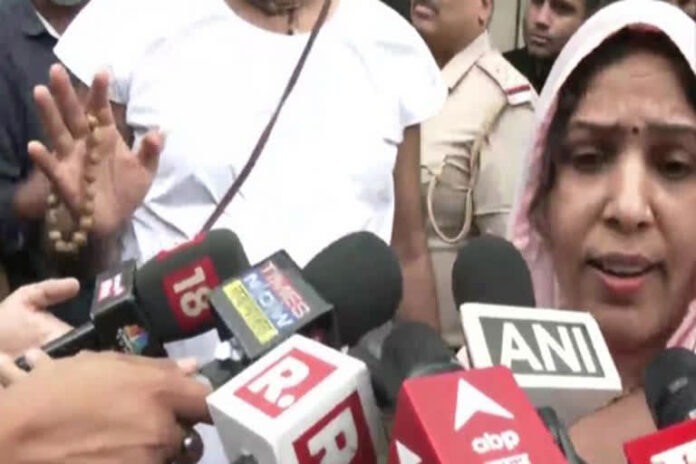 New Delhi [India]: Bharatiya Janata Party’s Bharatpur MP Ranjeeta Koli on Saturday demanded Central Bureau of Investigation (CBI) probe into the death of a seer, who set himself ablaze against illegal mining in Rajasthan and hit out at Chief Minister Ashok Gehlot over inaction of the government for not looking into protests for over 500 days.

“I request CBI enquiry into it. Why did they delay looking into protests for over 500 days? Seers had been fighting for people, not for some personal gain”. Her remarks came after the seer, who attempted self-immolation at Deeg in Bharatpur to protest against illegal mining, was declared dead in a Delhi Hospital. His body is being transported to Barsana in Uttar Pradesh for last rights.

“Sadhu Vijay Das (who set himself ablaze on July 21) was shifted from Rajasthan to Delhi for better treatment, but he succumbed late last night. Post-mortem to be conducted. Body will be taken to Barsana,” said SDOBharatpur, Sanjay Goyal.

BJP State president Satish Punia also held the state accountable over the death of the sadhu and highlighted the “chief minister’s carelessness”.

“It is the Rajasthan govt which is responsible for the death of Sadhu. They had been protesting for over 500 days but they did not care. The govt is under the rule of the mining mafia. Why are the state, the Chief Minister and the Home Minister so careless,” said Punia.
The seer, who attempted self-immolation at Deeg in Bharatpur to protest against illegal mining, was declared dead in a Delhi Hospital, said the officials on Saturday.

“Sadhu Vijay Das died at around 2.30 am in the hospital where he was undergoing treatment after his self-immolation attempt. The post-mortem has been scheduled for 9 am,” informed Sub Divisional Officer, Sanjay Goyal.

Earlier on July 21, his condition was said to be stable.

The incident was reported in Deeg on July 20 when Sadhu Vijay Das attempted self-immolation amid protests over illegal mining in the area.

The city officials had rushed to the spot to put out the fire and rescue Das.
The locals and sadhus had been demanding a ban on the mines for a long time.

The administration also assured the sadhus that mines will be shifted from the area and informed them about the state government’s plans to transform the vicinity into a religious tourist spot.

“These mines will be shifted and about 2,500 people who will be unemployed as a result, will be employed somewhere else…The state govt intends to make it (stone mining area) into a religious tourism spot,” Ranjan added.

On Tuesday a sadhu climbed atop a mobile tower in the district’s Deeg on Tuesday morning to protest stone mining in the area.

The man was persuaded to come down eventually.