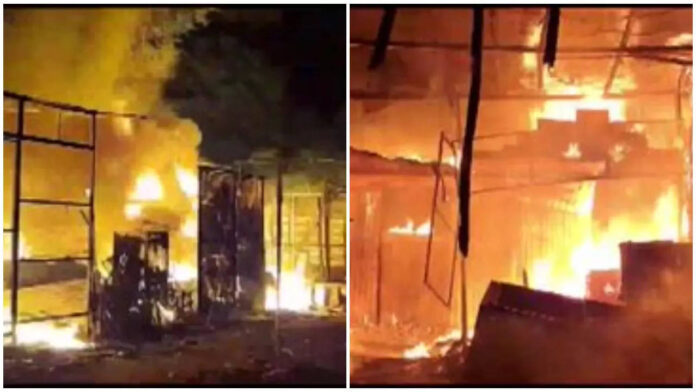 More than a dozen shops were burnt to ashes.

Soon after getting the information, several fire tenders reached the spot.

Earlier in March, a massive fire had broken out in the forest area of Sariska Tiger Reserve in Rajasthan’s Alwar district where Indian Air Force (IAF) choppers had been deployed to douse the blaze.