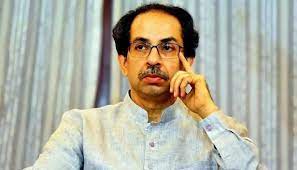 Mumbai (Maharashtra): Maharashtra CM Uddhav Thackeray is ready to resign and would not like to fight for the post of CM even if one MLA was against him.

He further stated,” CM posts will come and go but the real asset is the affection of the people. In the past 2 years, I was fortunate enough to get a lot of affection from people.”

He lamented, that his MLAs shifted to Surat rather than speak with him and said, “But when my own people (MLAs) don’t want me what I can say. If they had something against me, what was the need of saying all this in Surat, they could have come here and said this to my face.”

On allegations that Shiv Sena was no longer the party that Bala sahib created, Thackeray said, “Some people say that it’s not Balasaheb’s Shiv Sena. They should tell what were the thoughts of Bala Saheb. This is the same Shiv Sena that it was at his time ‘Hindutva’ is our life.”