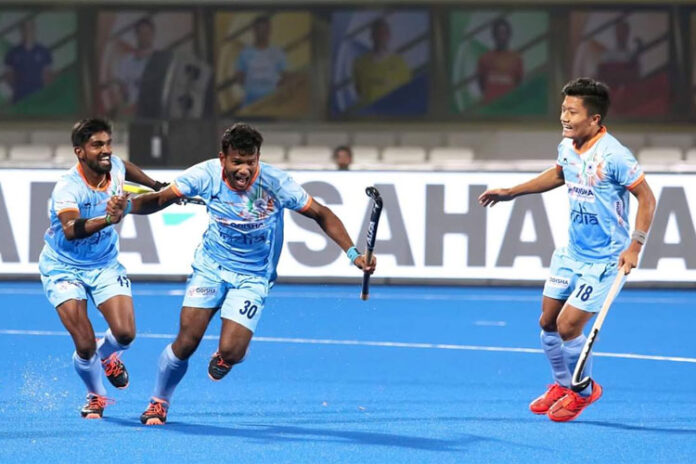 Indian men’s team confirmed a spot in the semis of the Commonwealth Games 2022 with a 4-1 win over Wales in Birmingham on Thursday. Dilip Tirkey was all excited to see the teams going all out for the win. Indian women’s team had also qualified for the semi-finals.

However, the side suffered a major heartbreak after Australia edged past India 3-0 in the shootout to snatch a victory on Friday.

“As expected, the Indian men’s and women’s hockey team secured their places in the semifinals. The real challenge begins now. I believe our teams will perform well to do podium finish. Wishing our players all the very best for their semifinal matches,” Dilip Tirkey wrote on the Koo app.

Coming to the men’s match, Harmanpreet Singh (18′, 19′, 41′) scored a hat-trick in the match, while Gurjant Singh (49′) also added in a goal as the duo helped their team pull off a solid win in a gritty contest. Gareth Furlong (55′) scored a consolation goal for Wales in the match.

Meanwhile, in the women’s game, Savita-led Indian Team fought valiantly in the regulation time which ended in 1-1 but missed out on converting their attempts in the shootout.

Indian men’s hockey team will take on South Africa in the semifinal tonight. They will be looking forward to confirming a medal for their country and booking their ticket to the final, where all eyes will be on the gold.