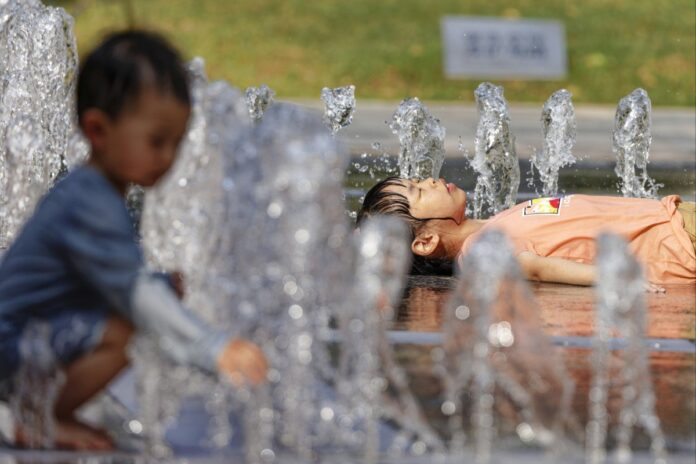 China’s national observatory continued to issue a yellow alert for high temperatures as intense heatwaves linger in many regions of the country, Global Times reported. On Saturday, temperatures in the various regions of the country including Xinjiang and East Zhejiang and provinces have surpassed 40 degrees Celsius, according to the National Meteorological Center (NMC).

Yesterday noon, the Xinjiang region raised the high-temperature alert from orange to red, the highest in China’s four-tier weather warning system for extreme heat. At around 4 pm, the temperature in Turpan, Xinjiang reached 43.2 degrees Celsius, according to real-time data released by the NMC, Global Times reported.

World Meteorological Organization (WMO) Secretary-General last week warned that heatwaves will happen more frequently because of climate change, adding that the connection has been clearly demonstrated by the Intergovernmental Panel on Climate Change (IPPC).

After the UK broke an all-time high record, Petteri Taalas said, “In the future, this kind of heatwaves are going to be normal. We will see stronger extremes. We have pumped so much carbon dioxide in the atmosphere that the negative trend will continue for decades. We haven’t been able to reduce our emissions, globally.”

“I hope that this will be a wake-up call for governments and that it will have an impact on voting behaviours in democratic countries,” he said.

The IPCC Special Report on Extremes also shows that heatwaves will be more frequent, longer and more intense in the 21st century. Early warning systems and reinforced health systems will be needed.

Health systems are challenged by heatwaves. “When a heatwave goes along with high levels of pollution it exacerbates respiratory, cardiovascular diseases and conditions, especially in large urban spaces that are not adapted to cope with these high temperatures,” said Maria Neira, Director of Environment and Health at WHO.

“We have been alerting for a long time that climate change is severely affecting human health and therefore taking measures to reach the zero carbon and accelerating the transition to clean renewable sources of energy will be extremely important.”