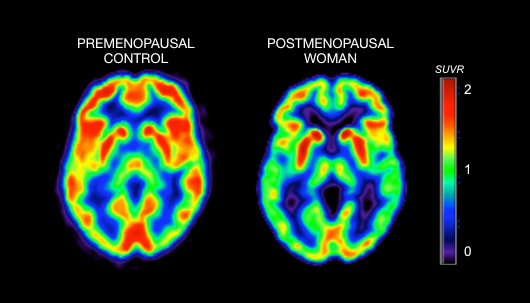 Washington [US]: Post menopause women may have more brain biomarkers called white matter hyperintensities than premenopausal women or men of the same age, according to a new study funded by the German Center for Neurodegenerative Diseases.

These brain biomarkers have been linked in some studies to an increased risk of stroke, Alzheimer’s disease and cognitive decline.

“White matter hyperintensities increase as the brain ages, and while having them does not mean that a person will develop dementia or have a stroke, larger amounts may increase a person’s risk,” said study author Monique M. B. Breteler, MD, PhD, of the German Center of Neurodegenerative Diseases (DZNE), in Bonn, Germany, and a member of the American Academy of Neurology.

“Our study examined what role menopause may have on amounts of these brain biomarkers. Our results imply that white matter hyperintensities evolve differently for men and women, where menopause or factors that determine when menopause starts, such as variations in the ageing process, are defining factors.”

All participants had MRI brain scans. Researchers looked at the scans and calculated the amount of white matter hyperintensities for each participant. Average total volume for these brain biomarkers was 0.5 milliliters (ml).

After adjusting for age and vascular risk factors such as high blood pressure and diabetes, researchers found that postmenopausal women had more of these brain biomarkers when compared to men of similar age.

In people 45 and older, postmenopausal women had an average total white matter hyperintensities volume of 0.94 ml compared to 0.72 ml for men. Researchers also found that the increase in brain biomarkers accelerated with age and at a faster rate in women than in men.

Premenopausal women and men of a similar age did not have a difference in the average amount of white matter hyperintensities.

There was no difference between postmenopausal and premenopausal women using hormone therapy. Breteler said this finding suggests that hormone therapy after menopause may not have a protective effect on the brain.

Unrelated to menopausal status, women with uncontrolled high blood pressure had higher amounts of this brain biomarker compared to men.

“It has been known that high blood pressure, which affects the small blood vessels in the brain, can lead to an increase in white matter hyperintensities,” said Breteler.

“The results of our study not only show more research is needed to investigate how menopause may be related to the vascular health of the brain. They also demonstrate the necessity to account for different health trajectories for men and women, and menopausal status. Our research underscores the importance of sex-specific medicine and more attentive therapy for older women, especially those with vascular risk factors.”

A limitation of the study was that researchers did not know the exact age of menopause onset or whether some participants were perimenopausal.

The study was funded by the German Center for Neurodegenerative Diseases (DZNE).