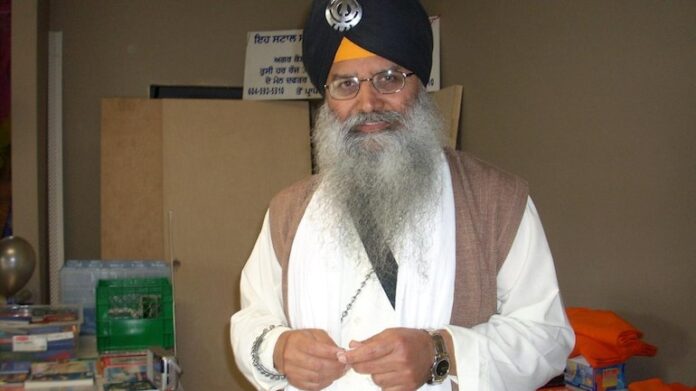 Confirming the news, Jaspal Singh, Brother-in-Law of Malik told ANI, “We are uncertain about who killed Ripudaman. His younger sister is on her way to Canada.” Malik was one of the persons who was accused of playing a crucial role in the bombing of Air India Flight 182 Kanishka.

A bomb exploded on Air India Flight 182 “Kanishka” from Canada off the coast of Ireland on June 23, 1985, killing 329 passengers and crew. This included over 280 Canadian citizens including 29 entire families and 86 children under the age of 12.

Ripudaman Malik was allegedly associated with Babbar Khalsa, a terrorist outfit responsible for many terrorist incidents in Punjab and was also a close associate of Talwinder Singh Parmar, the alleged mastermind of the Air India bombing.

Babbar Khalsa, an international terrorist organisation and banned by several countries including the US, Canada and India.

Malik and his co-accused, Ajaib Singh Bagri, were acquitted in 2005 of mass murder and conspiracy charges. Notably, Malik spent four years in prison before his acquittal and later asked for USD 9.2 million as legal fees, however, a British Columbia judge rejected his claims for compensation.

The terrorist bombing of the AI Flight 182 remains the worst terrorist attack on Canada to date.

The majority of the victims were Canadians, and the bombing was the result of a conspiracy conceived, planned and executed in Canada.