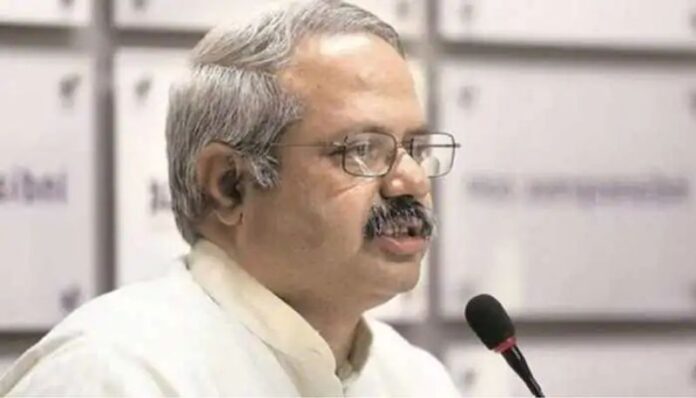 Jhunjhunu (Rajasthan): Condemning the brutal killing in Udaipur, Rashtriya Swayamsevak Sangh (RSS) on Saturday appealed the Muslim community to come forward in opposing such an incident.

Ambekar said, “Besides freedom of expression, public sentiment should also be taken care of. The brutal murder in Udaipur is highly condemnable. There is democracy in our country. If someone does not like something, there is a democratic way to react to it.”

Ambekar said that civilized society only condemns such an incident.

“Hindu society is responding in a peaceful, constitutional way. Muslim society is also expected to prohibit such an incident. Some intellectuals have opposed it, but Muslim society should also come forward and oppose it vigorously. Such incidents are neither in the interest of society nor in the interest of the country. It is necessary to ban it altogether,” he added.

The beheading of tailor Kanhaiya Lal in Udaipur by two men for allegedly posting content in support of suspended Bharatiya Janata Party (BJP) spokesperson Nupur Sharma, had sparked public outrage across the country.

The incident took place in Udaipur’s Maldas area on June 28. Soon after committing the crime, the two accused posted a video on social media boasting about the “beheading” and threatened Prime Minister Narendra Modi’s life as well, police said.

The two accused were arrested within hours of the incident. The assailants identified themselves in the video as Riyaz Akhtari and Ghouse Mohammad. In the video, Riyaz was seen attacking 47-year-old Kanhaiya Lal with a sharp-edged weapon while the other, Ghouse, recorded the crime on his mobile phone.

Notably, Kanhaiya had also filed a complaint with the police about receiving threats.
The case is currently being probed by National Investigation Agency (NIA) and the accused are under the custody of the central agency.