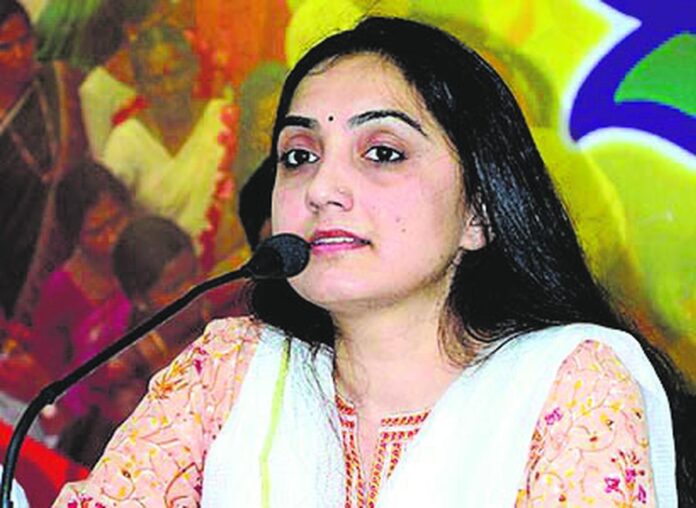 New Delhi [India]: The Supreme Court on Friday declined suspended BJP leader Nupur Sharma’s request to transfer to Delhi of all the FIRs registered against her across the country for her controversial remarks on Prophet Mohammad and allowed her withdraw her plea from the top court and avail alternate remedies.

A vacation bench of Justices Surya Kant and JB Pardiwala in its order stated, “Senior counsel for the petitioner seeks and is permitted to withdraw the present writ petition with liberty to avail alternate remedies available under the law. The writ petition is dismissed as withdrawn.” During the hearing today the bench told senior advocate Maninder Singh, appearing for Sharma, that it was not inclined to entertain the plea and suggested him to withdraw it and moved appropriate court.

The apex court further said that she and “her loose tongue” has set the entire country on fire and she is single-handedly responsible for what is happening in the country and said she should “apologise to the whole country”.

It also came down heavily on Nupur Sharma and said that her outburst is responsible for an unfortunate incident in Udaipur, where a tailor was murdered.

Rejecting Sharma’s request to transfer all the FIRs to Delhi for investigation, the bench told her counsel Maninder Singh, “No, Mr Singh. The conscience of the court is not satisfied. We can’t mould the law accordingly”.

Senior advocate Maninder Singh who appeared for Sharma then withdrew the plea.
During the hearing, when Singh told the bench that Sharma is facing threat to her life, Justice Surya Kant said, “She has a threat or she has become a security threat?”
“The way she has ignited emotions across the country. This lady is single-handedly responsible for what is happening in the country,” the bench said.

“We saw the debate on how she was incited. But the way she said all this and later says she was a lawyer with ten years standing? It is shameful. She should apologise to the whole country,” the apex court said.

The bench also took a grim view of the TV news channel for hosting the discussion on the Gyanvapi case which is a subjudice matter in which Sharma, who was one of the guests, made the controversial remarks.

The apex court was hearing a plea filed by Sharma seeking the transfer of all the FIRs registered against her across the country to Delhi for her remarks on a TV news channel debate about Prophet Muhammad which had led to violent protests and riots in many States.