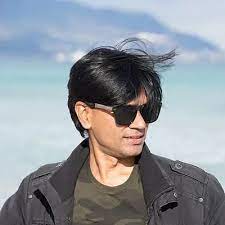 New Delhi [India]: The Supreme Court on Wednesday granted interim bail to fact-checking website Alt News co-founder Mohammad Zubair in all the FIR registered against him in Uttar Pradesh.

A bench of Justices DY Chandrachud, Surya Kant and AS Bopanna said there is no justification to keep Zubair in continued detention, especially since the allegations in the FIRs registered in Uttar Pradesh are similar to those in the Delhi Police FIR.

The apex court ordered that the transfer of the FIRs shall apply to all existing FIRs and to all future FIRs that may be registered on the issue.

The top court, while granting interim bail to Zubair, noted that he had already been granted bail by the Patiala House Court in Delhi in a similar case registered by the Delhi Police.
The bench directed Zubair to furnish a bail bond of Rs 20,000 before the Chief Metropolitan Magistrate at Patiala House Court.

It said that immediately after the submission of the bail bond, the Superintendent of Tihar Jail must ensure that Zubair is released before 6 pm today.

The bench in its order stated, “Essentially the gravamen of allegations are tweets by him. He has been subjected to fairly sustained probe by Delhi Police. We don’t find a reason for his deprivation of liberty to persist further. We direct Zubair be released on bail on each of the FIRs in UP. Existence of powers of arrest must be distinguished from the exercise of powers of arrest, which must be used sparingly.”

The apex court also said that Zubair can move Delhi High Court for quashing of all or any of the FIRs.

Additional Advocate General of UP, Garima Prashad appearing for the Uttar Pradesh government urged the bench to impose a bail condition on Zubair that he should not tweet again.

The bench declined the request saying “We can’t say that he won’t tweet again. It is like telling a lawyer that you should not argue. How can we tell a journalist that he will not write? If there is any tweets against law, he will be answerable. How can we pass any anticipatory order that someone will not speak…”

During the hearing today, advocate Vrinda Grover appearing for Zubair, contended that “we are in the age of digital media and social media” and that is why the role of someone debunking propaganda can irk someone but the law cannot be weaponised against Zubair.
AAG Prashad said that the accused is not a journalist and he calls himself a fact-checker. “Instead of fact-checking, he posts tweets which are getting viral and spreading venom,” Prashad said.

She added that Zubair “has been paid for these tweets and he gets paid more for the malicious tweets”.

“State is conscious that here is a person who instead of informing police, takes advantage of videos, speeches etc which can create communal divide. UP State is not here because of some tweets, but because of violence that has happened after such tweets,” she added.

Zubair had approached the top court seeking to either quash all the FIRs registered against him in Uttar Pradesh or in the alternative club them and also challenged the constitution of SIT.

On Monday, the Supreme Court directed the Uttar Pradesh police to not take any precipitative action against Zubair in any of the FIRs filed in the state till July 20.

The top court had stayed precipitative action against Zubair in connection with five FIR saying it appears that he is being taken into custody in another FIR if he gets bail in one and that the content of the FIRs appeared similar.

In the plea, Zubair said his personal liberty has been completely jeopardized without following the due procedure established by law, and requested the court either to quash the six FIRs in UP or club all of them with the FIR at Delhi, where he was first arrested, to avoid multiplicity of proceedings and prolonged detention.

The plea also challenged the constitution of the two-member Special Investigation Team (SIT) by the Uttar Pradesh government.

On July 12 the Supreme Court had extended till September 7 the five days of interim bail granted to Zubair in the case registered against him by Uttar Pradesh Police in Sitapur. The apex court had clarified that its interim bail order is with respect to the FIR lodged in Sitapur only and has nothing to do with a separate case registered against him in Delhi.

Zubair had challenged the Allahabad High Court order refusing to quash an FIR registered against him by Uttar Pradesh police in Sitapur for a tweet in which he allegedly called three Hindu seers “‘hate mongers”.

Sitapur court had sent him to judicial custody and declined his bail plea.

Hathras court had also sent Zubair to 14-day judicial custody after two cases were registered against him in the district on July 4. The case was registered by Deepak Sharma for Zubair’s remarks on Hindu Gods and Goddesses in a tweet in 2018.

Delhi court had also sent him to judicial custody in the case registered against him. The Delhi police had arrested him on June 27 for allegedly hurting religious sentiments through one of his tweets.